Father of 17 given chance to avoid jail for weed 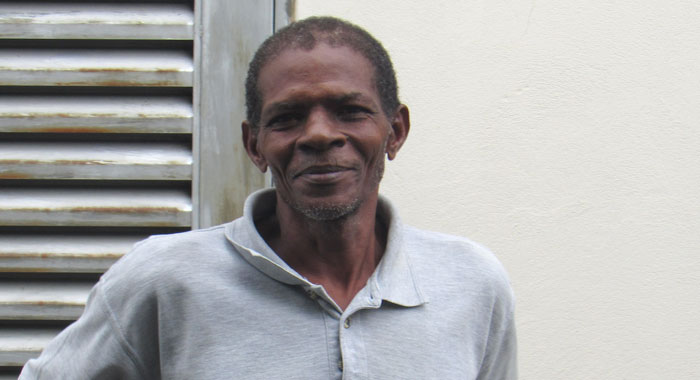 Kenroy Richardson stands outside the Serious Offences Court in Kingstown on Friday after being fined for marijuana possession.

A 55-year-old father of 17 children, the youngest of whom is 9 years old, has been given until Dec. 20, to pay the court EC$5,660 to avoid a one-year jail term for marijuana possession.

Kenroy Richardson, of Chateaubelair and Bequia, was brought before Chief Magistrate Rechanne Browne at the Serious Offences Court, on Friday, where he pleaded guilty to a charge that on Oct. 17, at Adam’s Bay, Bequia, he had in his possession 5,140 grammes (11.33 lbs) of marijuana.

According to the facts presented to the court, officers from the Rapid Response unit were on mobile patrol at Paget Farm, Bequia.

Upon reaching Adams Bay, Corporal Simon noticed a red and black boat with two occupants speeding towards the shore.

The driver anchored the police vehicle in a secluded area and the officers kept the vessel under surveillance.

Richardson got off the boat, into the water, and made his way to land then began running.

Simon ordered Richardson to stop, but, instead of doing so, he dropped a bag and continued running.

Some of the police officers retrieved the bag while others gave chase and caught up with Richardson.

A search of the bag revealed plant-like material resembling cannabis. The bag also contained 25 sheet of Bambu wrapping paper and 39 packs of cigarette.

Richardson also had with him a wallet containing EC$815.25.

When cautioned, Richardson told the police, “Officer me pay a man to bring me from Chateau”.

In mitigation, Richardson told the court that he has a son who, at 17 years, makes a lot trouble.

He said his son wants and engine and a guy hold him (Richardson) to bring something for it.

“I am asking compassion please. Is not an every day thing. I sell fruits,” Richardson told the court.

On hearing the man speak, the chief magistrate said, “I am detecting a Bajan accent.”

Browne further engaged the defendant, who told the court he grew up in Barbados but has been living in St. Vincent since 1986.

Commenting on the number of children the man has, the magistrate said, “The Lord says be fruitful and multiply.”

“Is just me nature,” Richardson responded, resulting in light laughter in the courtroom.

In sentencing the man, the chief magistrate said she had taken into account, among other things, his age, the fact that he is the primary caregiver for his children and his early guilty plea.

Browne said Richardson seemed to have engaged in his actions because of pressure, adding that she saw no aggravating feature sin the case.

The magistrate further ordered that the drug be destroyed and the EC$815.25 be confiscated.