Movie produced in SVG to premiere in Kingstown on Friday 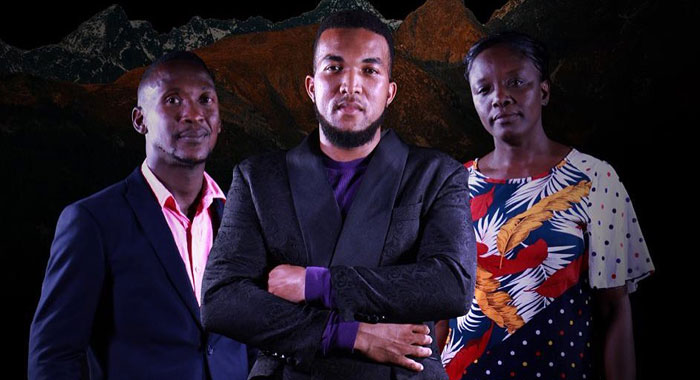 A movie filmed in St. Vincent and the Grenadines and addressing issues of domestic abuse will premiere at a red carpet event in Kingstown on Friday.

The film, “The Odds” has an almost all-Vincentian cast and was directed by Emmanuel Okeniyi, a medical student from Nigeria who has been living in St. Vincent and the Grenadines for the past three years.

He said he wrote and directed the film, his first, while Vincentian Sheldon Woods did the videography

After the premiere at the Methodist Church hall on Friday, there will be subsequent screenings elsewhere, the director said.

He said that the red carpet premiere will have special prices for adults, children and groups of 10.

“It’s addressing a very important issue: the subject of domestic abuse. This is something that a lot of people suffer and coming out to see something like this helps them to bring awareness of what the subject is about and showing them how they can overcome what abuse is about,” Okeniyi told iWitness News at the Everything Vincy Expo in Kingstown.

He said the media is rife with reports of people suffering domestic, sexual and other forms of abuse.

“This movie helps them to show the brighter light, it helps them to see the fact that they can overcome whatever obstacles they come against. They need to come and see it because it is the first Vincentian feature movie shot in St. Vincent.”

Okeniyi said that when he came to SVG and he told his friends in Nigeria that SVG is where “Pirates of the Caribbean” was filmed, “I became a celebrity overnight.

“They were surprised and because they know the movie and how viral the movie went, it was like something to be reckoned with and for me I was even shocked that this is where it was shot and I didn’t even know. That is to show you the power of what media can do.”

He said a lot of Vincentians have not seen the power of filmmaking.

“It can totally change the whole country. So as little as St. Vincent [might] be, people can get to know about St. Vincent just because of movies that have been shot [here]. Like

“Nigeria, for example, a lot of people don’t know where Nigeria is but they watch the movies a lot. The same way that is what we want to do about St. Vincent — to bring awareness about the beautiful island.”

The film was shot at the Botanical Garden, Cruise Terminal and different sites across St. Vincent.

“This will bring people to see the beauty of the island and bring tourists,” Okeniyi said. “What people put so much input into tourism, media can do it in split seconds. So, we want everybody to come out and support.”

He said the movie has a cast of 45 and only two of them are non-Vincentians, namely African.

The director said that most of these actors are starring for the first time, but in the lead-up to the production, he took them through a series of training.

Okeniyi said he was not involved in filmmaking in Nigeria, which has a thriving film industry.

“But I saw the opportunity but beyond that, what my major vision was — is about the impact. I saw it as an opportunity to use media to propagate a movement,” he said of his inspiration to produce a film in SVG.

He said that Cariwood Productions produced the film.

“Our vision is to make like what Hollywood is to America what Cariwood would be to Caribbean islands,” he told iWitness News.