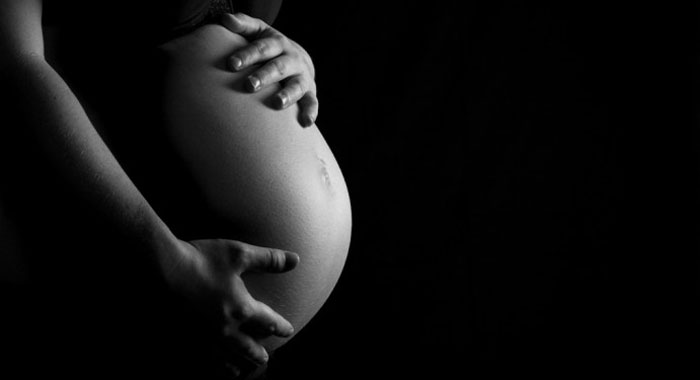 Our conversation about abortion places the burden of responsibility on women, but men are the root cause.

Worse, when men discuss women’s reproductive rights, we are left with the thought that they have zero interest in stopping abortion.

A woman’s egg is only fertile about 4 days each month. And those fertile eggs are produced for a limited number of years. This means, on average, women are fertile for about 48 days per year.

But men are fertile 365 days a year. In fact, if you’re a man who ejaculates multiple times a day, you could cause multiple pregnancies daily. Sperm doesn’t have a fertility expiration date; men can cause unwanted pregnancies from puberty until death.

“But what about birth control … If a woman can manage to figure out how to get an abortion, surely she can use birth control to avoid unwanted pregnancy?” Modern birth control for women is possibly the most important invention of the last century. It’s also brutal. The side effects for many women include migraines, mood swings, decreased libido, depression, severe cramps, heavy bleeding, aneurysm.

Discouragingly, a promising study on a new male contraceptive was cancelled in large part due to side effects.

The side effects, which were about one-third the known side effects for commonly used women’s contraception, demonstrate that as a society, we really don’t mind if women suffer, physically or mentally, once it makes things easier for men.

But, men have it good. Even with the horrible side effects, women are amazingly very willing to use birth control. Unfortunately, it’s harder to get than it should be, but that doesn’t keep women from trying. Birth control options for women require a doctor’s appointment — sometimes multiple doctor’s appointments — and a prescription. They’re not always free, and often not cheap. The pill requires consistent daily use and doesn’t leave much room for mistakes, forgetfulness, or unexpected disruptions to daily schedules.

Condoms, by contrast, are readily available at all hours, inexpensive, convenient, and don’t require a prescription. They’re effective and work on demand. They don’t cause aneurysms, mood swings, or debilitating cramps. Men can keep them stocked up just in case, so they’re always prepared. Condoms are magic.

As a bonus, most women are totally on board with condoms. They prevent STDs and don’t lessen a woman’s pleasure during sex or prevent them from climaxing. So why would there ever be unwanted pregnancies? Why don’t men just use condoms every time they have sex?

Sadly, men don’t love condoms. It’s very common for men to pressure women to have sex without a condom. It’s also not unheard of for men to risk the crime of assault by removing the condom during sex without the women’s permission or knowledge.

Why would men want to have sex without a condom? Because, for the precious minutes when they’re penetrating their partner, not wearing a condom gives them more pleasure. Therefore, most men are willing to risk getting a woman pregnant — which means literally risking her life, her health, her social status, her relationships, and her career — so they can experience a few minutes of slightly increased pleasure.

For the truly condom-averse, men also have a non-condom, always-ready birth control option built right in: the pull-out. It doesn’t protect against STDs and it’s far from perfect. However, it’s 96% effective if done effectively and 78% effective because it is often not done correctly. Still, many men who resist wearing condoms never learn how to pull out correctly. Apparently, it’s slightly more pleasurable to climax inside a vagina than, say, on their partner’s stomach. Once again, men are willing to risk the life, health, and well-being of women in order to experience a tiny bit more pleasure for roughly five seconds during orgasm.

As a rule, men get women pregnant by having a pleasurable orgasm. But men can get a woman pregnant without her feeling any pleasure at all. It’s even possible for a man to impregnate a woman while causing her excruciating pain, trauma, or horror.

In contrast, a woman can have nonstop orgasms with or without a partner and never once get herself pregnant. A woman’s orgasm has literally nothing to do with pregnancy or fertility — her clitoris exists simply for pleasure, not for creating new humans. No matter how many orgasms she has, they won’t make her pregnant. Pregnancies happen when men have an orgasm. Unwanted pregnancies happen when men orgasm irresponsibly. Though our society tends to villainise female pleasure, women’s enjoyment of sex does not equal unwanted pregnancy and abortion. Men’s enjoyment of sex and irresponsible ejaculations do.

Abortion is horrible; women should not have abortions! Never once do we consider the man who caused the unwanted pregnancy. We must stop shaming women. If we care about reducing or eliminating the number of abortions in our country, simply hold men accountable for their actions.

What would that look like? A real and immediate consequence for men who cause an unwanted pregnancy. What kind of consequence would make sense? Should it be as harsh, painful, nauseating, scarring, expensive, risky, and life-altering as forcing a woman to go through a nine-month unwanted pregnancy or a visit to the “chop shop”?

Many of us consider abortion to be murder, but it’s really the “cure” for an unwanted pregnancy. To stop abortions, we need to prevent the “disease” meaning, the unwanted pregnancy itself. And the only way to do that is by focusing on men, because irresponsible ejaculations by men cause 100% of unwanted pregnancy. To do otherwise is to demonstrate that we care more about policing women’s bodies, morality, and sexuality than we do about reducing or eliminating abortions.

8 replies on “Pregnancy and irresponsible men”