Man gets 15 years for killing homeowner during burglary 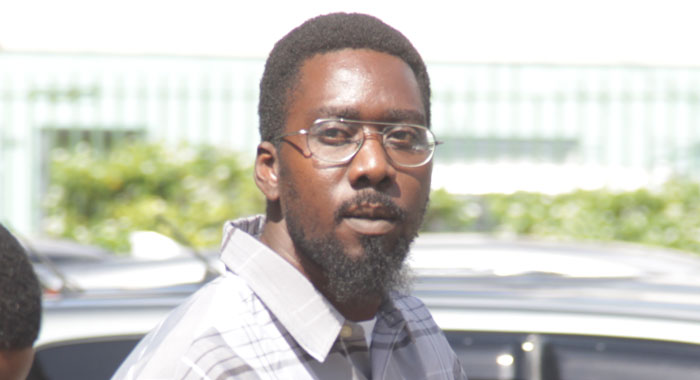 A man who killed an elderly man while burglarising his home in 2011 has been jailed for 15 years, more than six years of which he has already spent on remand.

It was Travis Williams’ confession to his girlfriend and her brother that led police to him in 2013, two years after he had killed 72-year-old Grafton Hutchinson, also known at Casablanca at the dead man’s Stubbs home.

On June 25, 2011, Hutchinson’s nude, lifeless body was discovered on the floor of his shop.

The business place showed signs of forced entry and the pool table seemed to have been broken into and the coins removed.

An autopsy concluded that Hutchinson had died of blunt force trauma from multiple blows to the head and neck.

The police investigated but make little headway until two years later, when Williams’ brother-in-law told investigators that Williams had confessed to the killing.

The brother-in-law had made the report after hearing his sister remonstrating with Williams, telling him he should not have killed Hutchinson.

Williams had responded, “It done gone so.”

The brother-in-law entered the room where the couple where conversing and Williams gave him details of the killing.

He said he had gone to the shop after hours and had entered the business place when the shopkeeper came in.

Williams told his brother-in-law he attacked Hutchinson, throwing him to the ground.

When Hutchinson got up, Williams, believing he was going for his gun, struck him to the head and neck, causing him to void his bowels.

The new information relayed by his brother-in-law, led the police to arrest Williams who denied the offence.

He pleaded not guilty at his arraignment.

However, in September 2019, Williams asked that the charge be put to him again and he changed his plea to guilty of manslaughter.

In mitigation, lawyer Kay Bacchus-Baptiste told the court that her client had expressed remorse for his actions.

She, however, said that the case against her client was weak, with the only evidence being that his girlfriend and another witness had said he had confessed to them.

The lawyer further pointed out that the police were not told about the confession until two years later, and based on this, her client was arrested.

She said that the medical evidence was that Hutchinson’s injuries could have been from a fall or from Hutchinson being struck.

The lawyer further said there was much conflict between the story of Williams’ girlfriend and her brother, adding that there was a lot of bad blood between the siblings.

“I say this to say that the evidence was palpably weak and it is a credit to the defendant that at the first opportunity he had, he pleaded guilty to manslaughter,” she said.

The lawyer said that at the time of the crime, Williams was a mason who earned EC$60 day and worked very hard to take care of his then girlfriend and their children, supplementing his income by retailing marijuana.

Williams has two daughters, one born on Nov. 17, 2011, just before the incident and the other one while he was incarcerated. The children are now 8 and 7 years old.

She said that the prosecution’s case was not strong and could have posed a problem had the matter gone to trial.

Bacchus-Baptiste raised the issue of delay, saying that her client had been in custody for six years and 10 months, adding that case law shows that the court should consider this when passing sentence.

Bacchus-Baptiste argued that the Crown had not given any reason why the matter took so long to get to finality.

“In fact, it is a credit to him that he pleaded guilty to manslaughter or this matter would have been still continuing,” she said.

The lawyer said her client “can, clearly, be rehabilitated”, adding that he had said that something went wrong that night and he is extremely sorry.

She said that according to the sentencing guidelines, when one pleads guilty to manslaughter, the sentence ranges from six to 10 years.

The lawyer said Williams, her client, is a Seventh-day Adventist but did not attend church regularly.

He had gone to Mountain View Adventist Academy but quit after having repeated the first two forms then quit school after his mother was unable to finance his further education.

The lawyer said her client is entitled to the one-third discount for his guilty plea and the deduction for time spent in custody.

However, in his submissions to the court, Karim Nelson, who appeared for the Crown contended that the delay was not inordinate.

He said that while Bacchus-Baptiste had said the Crown had not provided any reasons for the delay, the record shows at least three instances when the defence counsel was not present when the matter was listed for trial.

This included Jan. 22, 2016, when the crown indicated that it was ready for trial and Bacchus-Baptiste did not attend court, Nelson told said.

He said that the Crown was submitting that the defence contributed to delay.

Nelson argued against the submission that the case was weak.

He said the Crown was submitting that the court should not take into consideration that point by the defence.

Nelson noted that Bacchus-Baptiste had said that the mother of Williams’ children, who was supposed to be a Crown witness, had left the children and gone away.

“But that is far from the truth,” he said adding that the woman fled because she was afraid for her safety.

But Bacchus-Baptiste objected, saying she does not know if Nelson was giving evidence from the bar.

She said that as far as the defence was concerned, there was no evidence that the witness had fled because of fear.

But Nelson rebutted, saying there had been before the court an application for special measures in relation to that witness.

Special measures allow for a witness to give evidence via video link, sometimes without their identity being revealed to the accused.

“And those affidavits should be before the court,” Nelson said, adding that it was the defence who had opened that door.

“I wasn’t purporting to give evidence from the bar table but she stood up and made certain points,” Nelson said.

“She was giving evidence from the bar table,” the crown counsel argued.

In handing down the sentence, Justice Brian Cottle noted that, in St. Vincent and the Grenadines, the maximum penalty for manslaughter is life imprisonment — a notional sentence of 30 years.

He said he saw no reason to depart from the starting point of the 15-year sentence set for manslaughter.

The judge, however, said it was aggravating that the killing had occurred during the course of a robbery.

He further pointed out that the victim was an elderly, vulnerable person and the case reached prosecution only because of the statements of witnesses to whom Williams confessed and whom he then threatened to dissuade them from revealing the crime.

The judge said he found no mitigating feature in the offence and he was satisfied to increase the starting point by two years, taking it to 17 years.

In considering the aggravating features of the offender, Justice Cottle pointed out that Williams had a previous conviction for burglary, which the court thought was relevant, and another for wounding.

The mitigating features of the offender are that he expressed remorse and was only 22 at the time of the offence.

Justice Cottle said he did not agree with the defence that the case against Williams was weak as the outcome depended on the view that the jury would have taken of the witnesses to whom Williams had confessed.

He said there were details of the confession that indicated that Williams might have had some knowledge of the circumstances of Hutchinson’s death, the judge said.

He said the case was not of the kind unlikely to survive a no case submission.

The judge also said he had considered the personal circumstances of the defendant, including his family’s living conditions at the time.

At the time of the crime, Williams, his girlfriend and their children, as well as her children from a previous relationship, had been living in a house without door or windows except in an area where they slept.

The judge said that because of Williams’ antecedents, the court would increase the starting sentence by three years to a notional sentence of 20 years.

Cottle said Williams did not plead guilty at the earliest possible opportunity but did so before a trial.

The court, therefore, applied a 25% rather than the one-third discount, thereby bringing the sentence down to 15 years.

Bacchus-Baptiste argued strongly against this and asked what was the difference between Williams’ case and that of Medford Cain.

The previous Friday, Cain, another of Bacchus-Baptiste’ clients, who had also pleaded guilty to manslaughter in an unrelated matter, received the full one-third discount for his guilty plea.

The lawyer and the court also differed on how the six years, two months and eight days that Williams had spent on remand should be treated.

However, the judge said that sentences are in calendar years and any remission for good behaviour is at the discretion of prison authorities.

When the time spent on remand was deducted from Williams’ sentence, he was left to serve a further eight years nine months and 19 days in prison.