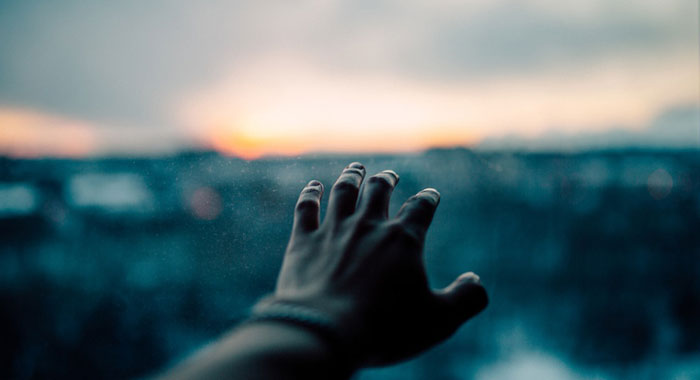 Detectives patrolling Kingstown, Thursday night, might have saved an at-risk teen from himself when they found him with a large knife and a pair of scissors.

The 19-year-old male, a resident of a community more than 20 miles away from the city, was brought before the Kingstown Magistrate’s Court, on Friday, where he pleaded guilty to a charge that on Jan. 16, at Wilson Hill Public Road, he had in his possession, offensive weapons, to wit, a knife and scissors.

iWitness News is withholding the teen’s identity because of information relayed to the court indicating that he could be at risk of self-harm.

According the facts read by Corporal David Wright, detective Corporal 334 Harry was leading a team of officers from the Criminal Investigation Department on mobile patrol around Kingstown.

About 9:40 p.m., they met the teen along Wilson Hill Public Road in conversation with another man.

The police noticed that the teen was wearing a black hooded jacket, black pants and had a pink and black bandanna tied around his neck.

This aroused their suspicion and a search conducted on the teen produced the large knife tucked into the right side of his waist.

When the offence was pointed out to the teen, he told the officer, “Ah fuh me self-defence.”

The police further found a pair of scissors in a bag of clothes that the teen was carrying.

When asked if he agreed with the facts, the teen told the court he did not.

He said that when the police approached him, they asked him if he had any weapons and he told them that he had a knife in his waist.

The officers told him to hand it over and he did. They then searched him and found the scissors, the teen said.

He said this was his only issue with facts.

Looking ‘for something new — a small job’

Asked to explain his actions, the teen told the court,

“Sir, I understand Kingstown is a very dangerous place,” adding that he had brought the weapon to the city to protect himself from criminals.

The teen said he had come to the city Thursday morning in search of a job and was planning to sleep on the street — to save transportation cost — and continue his job search the following day.

He said he was not accustomed to sleep on the streets but was going to do so “out of desperation”.

The teen told the court that has been searching for a job since he graduated with five subjects from a rural secondary school in 2018.

He said there are 10 members in his household, and only one of them has a job.

He said he had sent out numerous job applications, including to join the police force but nothing has turned up.

He said that a security firm had conducted an interview with him but he was yet to hear anything further from them.

He said he decided to come to Kingstown to search “for something new — a small job”.

Asked about his attire, the teen said that he does not have much clothes.

The court further heard that that teen was carrying a bag with also contained a black t-shirt and a black pair of shorts.

Prosecutor Police Constable Corlene Samuel told the court that while the Crown empathises with the teen’s unemployed status, the prosecution was concerned about his actions.

Senior Magistrate Rickie Burnett, who was presiding, said that he approached things based on his experience.

He further questioned the youth who said that the knife belongs to his uncle and he had taken it from a table at home.

But when the magistrate asked him about his uncle’s names, the teen only gave an alias, adding that he did not know their real names.

The magistrate asked him if he had consulted with his parliamentary representative about a job and the teen simply said his MP’s name in the form of a question.

When Burnett asked him why he had the knife in his waist in the night, the teen said he was about to sleep when the officers stopped him.

The magistrate told the teen that the court had to judge how a reasonable person would operate, adding that the teen’s story was not adding up.

“Something is missing here,” Burnett said. “I believe you are hiding something from me. If you tell me everything, I will appreciate your story a little more,” the senior magistrate said.

But the teen stuck to his story, telling the court that he had planned to sleep in the jacket.

The teen told the court that the bandana belongs to his brother and that he was not aware that people sometimes dress as he was when they want to commit certain crimes.

However, the teen maintained that the story was true.

As the court continued to probe the teen, it was revealed that he had EC$139 on his person.

“$139 is a lot of money for an unemployed person,” the magistrate told the teen, who said that he had gotten the money from his uncles.

The prosecution then asked that the matter be stood down so that they could consult with police in the teen’s residential district.

By the time the matter was recalled, the teen’s mother, who works in the city, had been informed and was in court.

The senior magistrate told the mother to tell the court something about her son.

The mother said the teen had been living with his father but “went through abuse” and she had to “give him a chance to catch himself”.

She said that her son had been threatening suicide and was referred to counselling, which he attended every Wednesday.

However, because of the cost of transportation, they had to discontinue the sessions.

The woman told the court that her son passed five subjects.
She said that if she asks him to go to the mountains (farm), he would do so but most of the time he listens to music and takes care of his two dogs.

She said he had sent out multiple job applications but had not had any success.

Asked if she knew why her son was in court, the mother said she had no idea.

At this point, the magistrate asked that the facts be read again for the woman’s benefit.

The woman appeared to be surprised by the facts.

When the knife was shown to her, the woman exclaimed, “That’s my knife!” She made a similar comment about the scissors.

The woman said she did not have a clue that her son was coming into the city.

She said she left home early for work and told her daughter to call her when the teen returns home.

The call would come, instead, from the police about the teen being in court.

The woman expressed shock when she learnt that her son was not planning to return home.

“But he never slept out,” she said.

The woman, who by that time was crying, said that things are really hard for her.

She said she had just returned to work, having had to take sick leave because of high blood pressure.

“It’s not him alone, but his sister also. She has a baby outside,” she sobbed.

“He knows I am struggling. I’m busy taking care of his sister’s baby and sending her to school,” she said, suggesting that her daughter is a teen mom.

“You know I have other children,” she cried as she addressed herself to her son by name.

The senior magistrate told the mother that he was sorry that her son was going through the situation, but said the weapons were of concern to the court.

“Look at the knife he was found with,” Burnett said.

The senior magistrate said that the teen appears to be depressed.

“You never know what he can do,” he said, adding that since the teen received counselling before, he would not order counselling for him again.

“I wish someone can get a job for him,” Burnett said, adding that if he says certain things people would say he is getting involved in politics.

“But now is the time,” Burnett said in an apparent reference to this being an election year.

The magistrate said he was tempted to ask for a job for the teen “or ask somebody who he may not want to ask”.

“I am not going to give up on them,” the mother said, adding that she is really trying.

The senior magistrate then stood the mater down for a few minutes.’

When the hearing resumed, the magistrate told the teen and his mom to go and see a certain person, saying the person would speak to them.

The magistrate reprimanded and discharged the teen, but ordered that the knife and scissors be confiscated.

The prosecutor said it would not be improper to return the clothing to the teen and the magistrate so ordered.

“I want you to change your life,” Burnett told the teen addressing him by his name.

“I am not saying you have a bad life but stay on the right path. Prison is not for you. I have no son but I’m concerned that most people before me are young men,” the magistrate further said.

“You had an opportunity to go to secondary school and though circumstances are bad at this time, you have to fight it,” Burnett further told the teen.

To illustrate the seriousness of the offence, the prosecutor pointed out to the teen that he could have been sent to prison for up to a year.

The magistrate added: “I want you to reflect on life because you could have been in prison this morning.”