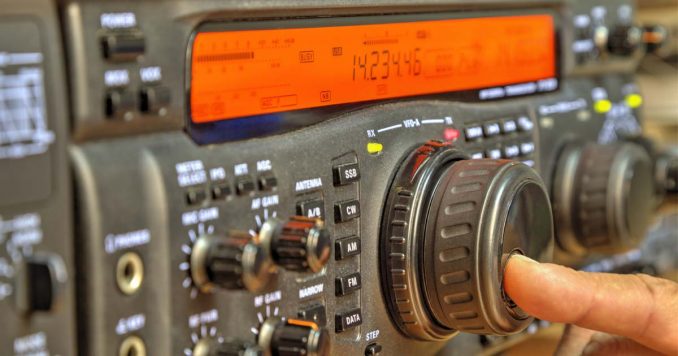 The Rainbow Radio League Inc. (RRL), an emergency communications first-responder organisation, celebrates 25 years of service to St. Vincent and the Grenadines (SVG) and the wider Caribbean on Wednesday.

RRL Director Donald De Riggs said that over the years the group has achieved “a lot with little, but need additional communications resources if our service is to be most effective”.

On that occasion, five energetic radio amateurs, toting radio equipment including battery and tent, set up camp on the summit of the fourth highest mountain in SVG, announcing to the world that the RRL had been formed.

The first station to answer the call was the late Vince Bacchus, who was in New York at the time, and who welcomed the formation of the RRL in his homeland.

Bacchus would over the years pass on equipment to local hams to get them “on-air”.

The five men who were present for the launching were Paul Lowman, Albert Browne, David De Bique, Sean Patterson, and Donald De Riggs.

RRL members are volunteers who are mainly licensed radio amateurs (Hams).  The RRL is also an active member of NEMO’s Telecom subcommittee.

Its members have provided damage assessment services following tropical storms in SVG, as well as being part of first responder teams to Grenada, St. Lucia and Dominica following the devastation by violent storms in those islands.

De Riggs said: “In the past, we relied on the services of private yacht charter companies and fishermen to assist us with maritime training and response activities, LIAT and private airlines like Mustique Airways and SVG Air for aerial search and rescue (SAR), training and the deployment of first responders to neighboring islands that needed help … and we thank them for that, but going forward, we NEED to operate our own rescue boats and aircraft to augment the services provided by the Coast Guard.

“Having these assets would encourage more Vincentians to become involved in a vital service designed to save lives.”

The main 25th-anniversary activity will be an awards ceremony in November, where members, sponsors and other support organisations will be recognised for their contributions to the RRL.