Victim doesn’t want her attacker to lose his job 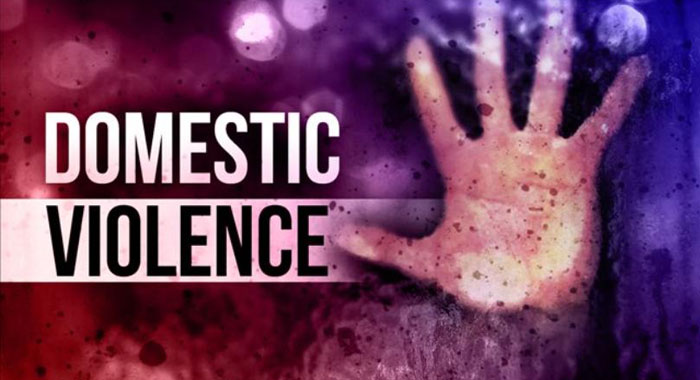 The woman who made an audio recording of the vicious beating inflicted upon her by a man in St. Vincent and the Grenadines has told police that she does not want to press charges.

The woman told police that she did not want her attacker to go to court as such action could result in him losing his job, a well-placed law enforcement source told iWitness News on Wednesday.

The man, who she referred to as Luke, is said to be an employee of the state-owned electricity company, Vinlec.

As one point, the woman is heard screaming for someone to “help me, please” and the man tells her, “Well, ah going kill yo’ this time…

“The base is set… So one ah we ah dead,” he said against the sound of what seemed to be a vehicle travelling at high speed.

The woman pleads with Luke to “please stop” the vehicle.

The man, however, continues to rant, saying “I could love you, but when it come to my son…”

He ignores the woman’s pleas to stop the vehicle, even as she says, “Look how you beating me up…

“Me, Anesia, Luke,” the woman said, in the only clear clue to her identity.

She begs the man to pull over, telling him that they should just talk.

But Luke told her that he was not done yet.

She then asked him if he was going to kill her and begged him to “just let me go.”

“Luke, just let me–” she said as the recording ends suddenly.

The recording, which is 4 minutes and 43 seconds long, has been circulated on social media, and suggests that the woman was beaten inside of a vehicle.

It appears that she had threatened to jump out of the vehicle in an attempt to get her attacker to stop the vicious onslaught.

The law enforcement source told iWitness News, on Wednesday that the beating is believed to have taken place on Monday, in the Colonarie Police District, which stretches from New Grounds to Gorse.

Police in Calliaqua are said to have received information about the beating and intercepted the vehicle with the man inside.

The man was taken to the Colonarie Police Station because the beating had occurred in that district.

The woman then came to the police station and police officers issued her with medical injury forms to take to a physician.

The woman later went to the Georgetown Police Station and informed officers that she was not giving any statement as she did not want the man to go to court or lose his job.

She maintained her position after speaking to other officers specially dispatched to speak to her about her options.

In the absence of a complainant, the police were left with no choice but to release the man.

Social and traditional media as well as the Vincentian community online have responded with shock at the savagery of the beating.

The recording begins with the woman sobbing, “Luke just leave me.”

The man then asks her to why she had opened the door, saying that even if the woman had fallen out of the vehicle by accident, he would be arrested.

The woman told the man that she had done so because he had beaten her in the head.

She appears to open the door again and he asks her if she was going to jump out again, and the woman pleads with Luke to leave her alone as he delivers more blows.

The man did not seem to have been deterred by the fact that the woman told him that she was recording the incident.

27 replies on “Woman beaten in recording refuses to press charges”