The child lied, saying they bought the items elsewhere 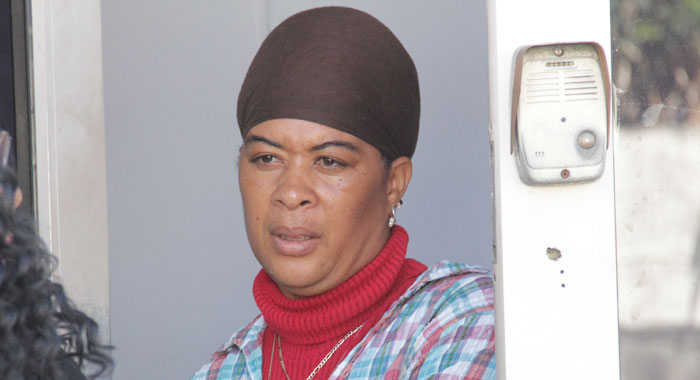 A 41-year-old woman who was caught on camera placing items in a shopping trolley while her son, then 8 years old, placed them in bag, has been ordered to compensate the supermarket for the items.

Further, the woman, Patricia Richards, was bonded for one year. If she breaks the bond, the mother of two would have to pay the court EC$1,500 forthwith or go to prison for six months.

Richards, on her fifth appearance before the Kingstown Magistrate’s Court, pleaded guilty, on Friday, to a charge that on April 27, 2019, at Kingstown, she stole one choc ice, one strawberry swirl cheesecake, one antiseptic liquid, one bottle of Limacol, one Ju-C lemonade, and one flea/tick powder, valued at EC$110.33, the property of Massy Store.

Richards’ trial was initially scheduled for Friday, she having told the court during a previous appearance that she had placed the items in the trolley and did not know that her son had placed them in the bag.

However, on Friday, Richards attended court with her lawyer, Michelle Fife, who asked that the charge be put to her client again.

When the charge was put to her, Richards told the court that she was “guilty with an explanation”, which Burnett told her counsel amounted to a not guilty plea.

After further consultation with her lawyer, Richards pleaded guilty.

According to the facts read by prosecutor Police Constable Corlene Samuel, Richards and her son entered the supermarket about 6:05 p.m. on the date in question.

Loss prevention officers observed, via the store’s surveillance system, that Richards was placing items in her trolley and her son was then transferring these items to an open bag inside the trolley.

The duo then went to a checkout counter and Richards paid for some of the items and not for others.

When she exited the store, the loss prevention officers stopped her and requested a search of her bag in the presence of the child.

When Richards was questioned about the items, the child responded, “We buy them at Randy’s”.

Richards, however, told the store workers that a gentleman had bought the items for her and that she did not know what was in the bag.

The items were checked and were found to bear Massy’s logo.

The police were called in and Richards was taken into the Criminal Investigation Department, where she gave a statement denying that she had stolen the items.

In mitigation, Fife told the court that the “circumstances described by the prosecution are unfortunate”.

The lawyer noted that most of the stolen items would perhaps be considered a treat and not everyday grocery items.

The lawyer said that Richards is a mother of two children and the only breadwinner in her home, her husband having died some time ago.

The lawyer said that the single parent was struggling to raise her children “with the right moral compass”.

She said that although the child was not before the court, the court should take judicial notice “that the child had something to do with what happened”.

On hearing this, Burnett said that that was of concern to him.

“Why did the child give that answer,” the magistrate said.

In response, the lawyer said that while the child is a minor, he has the ability to speak and she did not know why the child gave that answer to the loss prevention officers.

But the magistrate noted that the mother did not correct the child at that time.

Fife, however, said that “moral compass is relative”, adding that if the mother had disciplined the child severely, it still would not have changed the course of action that caused her to be before the court.

She added that times have changed and so has the approach to discipline.

Fife said that her client has no previous convictions and asked that a non-custodial sentence be imposed.

“We are asking for the mercy of the court,” she said and asked that her client be given an opportunity to correct her behaviour without being incarcerated.

The lawyer said that Richards now understands that this type of behaviour, if unrestrained, would cause her or her child to be before the court.

She said that her client had attempted to pay for the items, thereby showing good faith.

However, Samuel told the court that the store has a policy of prosecuting anyone who leaves the story with unpaid items.

The prosecutor further told the court that when the loss prevention officers approached Richards, she whispered something to the child.

But Fife objected to this being placed on the record, saying that Samuel had already presented the facts to the court and should not have mentioned that point.

The magistrate upheld the objection.

After handing down his sentence, Burnett told Richards of the long-lasting impact of her actions.

“I don’t want you to be surprised but your life has changed from today and unfortunately the whole world is going to know about you and what you did,” Burnett told Richards.

“Journalists are in court and they report court stories and your name has gone viral because of your actions today,” the magistrate further told the woman.

The magistrate told the woman that when her children grow older, they will read that on Jan. 24, 2020, their mother was convicted of theft.