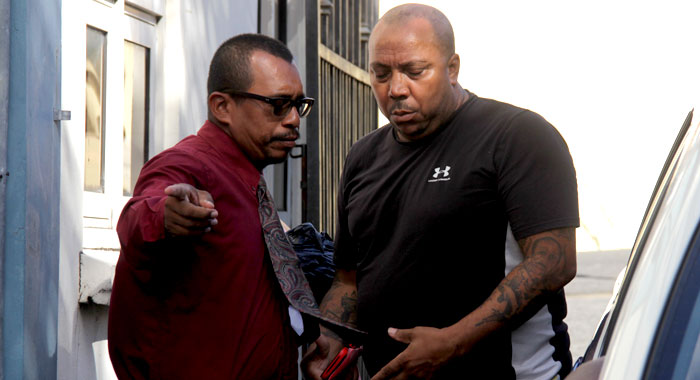 A man who holds a licensed firearm was brought before the Serious Offences Court, on Wednesday, charged with threatening to shoot a woman.

Ravenol Ollivierre, 53, of Brighton, pleaded not guilty to a charge that on Tuesday, Feb. 4, at Brighton, being armed with a firearm, he threatened to discharge it at Josette Frank of Sion Hill.

Corporal Athnel Ash told the court that the prosecution had no objection to bail but was asking for sufficient security.

He also asked for a reporting condition and that the court order the accused man to surrender his travel documents and have no contact with the virtual complainant.

She further ordered him to surrender his travel documents and report to the Calliaqua Police Station on Mondays between 6 a.m. and 6 p.m.

The chief magistrate also ordered that stop orders be posted at ports of entry and exit and that Ollivierre must seek the permission the court to leave the state.

His trial is slated for March 26.

8 replies on “Man charged with threatening to shoot woman”