An open letter on aviation to CARICOM leaders 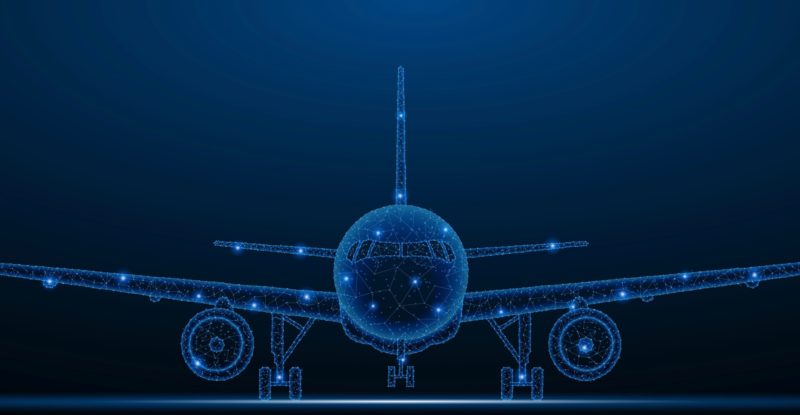 To the Prime Ministers and other leaders of CARICOM…

I already know that the worst among you will hit the delete key before you get halfway through this email. But if you do so, feel free to acknowledge to yourself that you truthfully don’t really give a pinhead of a damn about your own people, locally or regionally.

In Jamaica, aviation is growing, with one new airline in process and another (still confidential) about to launch.

But in the rest of the English-speaking Caribbean, including the Bahamas but especially in the eastern Caribbean, aviation has been stifled, restricted, actually attacked by the civil aviation authorities and departments and bound in red tape to the point where it is almost non-existent — all the while allowing foreign carriers and even private pilots with illegal small aircraft to rape the local and regional carriers into bankruptcy.

And the government-owned airlines continue to operate merrily along on political expediency, board bullshit, and hundreds of millions of hard-earned taxpayer dollars.

— St. Lucia used to have three small airlines. Now it has zero.

— St. Kitts and Nevis used to have two airlines. Now they have zero.

— Dominica has had one or two airlines on and off. Now it has zero.

— Barbados used to have FOUR airlines. Now it has one.

— Barbados used to have a thriving flying club. It still exists, but most of the time its facilities are a deserted wasteland.

After spending as much as US$30,000 of their own family’s money, newly trained pilots come back home to face a year or more of red tape, examinations, significantly more expenses, sheer official nonsense, and no small amount of bureaucratic contempt — this discouragement in a time when there is a global pilot shortage.

Is LIAT going to end up advertising for European, Canadian or American pilots while regional pilots stay home and find work selling T-shirts on a beach?

The same authorities have turned a blind eye to non-CARICOM airlines and even private (non-commercial, uninsured) pilots flying — in AND out — stealing the traffic small regional carriers (who don’t suck up taxpayer dollars) used to rely on.

FIRST, for instance, business jets based in the United States are called to bring passengers to the region, and ALSO to pick passengers up here and take them back. When business jets based in OUR countries are called for a charter, it takes more than eight hours to get permission from the United States to operate the charter –and that is whether the flight is going there or picking people up to bring back.

By the time the regional company gets that permission, many times the passengers have called a charter company in the United States, the bizjet has arrived **_AND departed_**, they are already on their way, and the local charter company is left holding useless permits.

SECOND, for instance, there is someone flying a slow single-engine piston aircraft registered in the United States — apparently based in Martinique — operating commercial charter flights throughout the islands, including as long as Barbados to Aruba. By law, single-engine flight over water for commercial purposes is ILLEGAL, yet not a soul in authority ever does anything about it, EVEN THOUGH THEY HAVE BEEN NOTIFIED FOR AS LONG AS 15 YEARS.

I was told action has been taken on this particular offender, but there are others — the fact is THERE IS NO OVERSIGHT ON THE GROUND.

And the last I heard, all of the regional aviation authorities REQUIRED US-registered aircraft based in our islands to register locally. But is it because it has a US registration that the pilot is somehow untouchable? I guess he might be “touchable” if the legally required authority personnel were actually doing their jobs and policing all of the airports properly. The Americans sure do.

Aviation in Barbados, particularly, is a GLOBAL JOKE. The CAD has been stripped down to almost NO personnel, and even those have been moved a mile AWAY from the airport ramp — where they should be on the spot where they can see what is going on. In Barbados, there are not enough personnel/inspectors to oversee a small King Air, yet they accepted a Boeing 747-400 on the registry. GLOBAL JOKE.

So tell me, where is the oversight on that huge aircraft? Little wonder the FAA laugh at Barbados when the country says they want Category One status. Last time they performed an evaluation they said don’t call us for another 10 years — these guys do this for a living, and they know what they are talking about. GLOBAL JOKE.

Barbados is not serious, not the Prime Minister, not the Minister responsible for aviation. CANNOT BE SERIOUS. As one of my former colleagues would say, “Not ready”. Barbados is not even “ready” for what they have now, far less competent to provide oversight on a 747. GLOBAL JOKE.

If one of our regionally based bizjets operates to the United States — including to the USVI or Puerto Rico — without permission, they would be met by customs, immigration and the police. There is every chance that the pilot would be fined, and even possible the aircraft could be confiscated or impounded.

If a US-based bizjet operates to any of our islands without permission, they clear customs and immigration, pay the landing fees, file a flight plan, and fly back out. And this is whether they bring passengers in or take passengers out.

I know you, Prime Ministers, don’t give a damn about things you don’t really know about. For years neither you nor your offices, or your ministers — ALL servants of the people — even acknowledge or respond to emails from your own citizens. Is it not time that you stop destroying an industry that makes a major contribution to the region? This is the same industry you made into a “cash cow” and now refuse to roll back?

If all this were not enough, I have been told that the last meeting of CaribAVia (an affiliate of the US-based National Business Aircraft Association) in St. Maarten was flooded with US airline representatives lobbying for MUCH greater access for US carriers to the eastern Caribbean islands, including what we call “cabotage”, or inter-island flights they do not currently have rights for. If this is agreed to by CARICOM, MASA would have been a hypocritical piece of stink political crap and we, the people, will know that politicians received millions of dollars in bribes, **_ALL_** of our carriers will disappear, and the literally billions of US dollars that taxpayers put into LIAT over the decades has slipped down the drain.

In such circumstances, we WILL lose LIAT, Caribbean Airlines, Cayman

Airlines, BahamasAir and all others, government- and privately-owned.

OUR needs, but in having the monopoly they will soak our citizens like our politicians’ current cash-cow behaviour could never have imagined or realised. They will serve the routes that make money, and ignore the rest of us.

On the subject of new airlines, three years ago (based on four years of actual data) I created a business plan for an intra-Caribbean pan-regional airline… Suriname to Puerto Vallarta to Bermuda to Suriname, with no US destinations… using single-aisle Airbus A320 family jets, with over 100 pages of details. Plus 350+ pages of private ancillary ideas and notes.

I decided to keep the funding in Caribbean hands, so I sought a loan from every agency I could think of, as well as the Chinese and some Europeans. Nothing. Nobody was interested, not even Caribbean “development banks”. I guess I did not offer any “grease”, so they discarded my communications. But most of those people are political appointees, and it is clearly apparent they are in those positions to take such advantages.

In my travels, it appears the same “development banks” you politicians set up to help entrepreneurs NOW make it harder for someone to get a loan to start a business than the commercial banks. And I have definitely tried, believe me. These “development banks” now appear to be just dumping grounds for your political friends who have no competence in the matter but draw huge salaries, just like on the LIAT Board.

And you have set up certain Banks to deal ONLY with governments – so what development does the CDB help with? Certainly not entrepreneurs.

They actually take orders from — and lose BIG money — only to our broke governments whose politicians cannot pay their loans back.

But, unfortunately, neither one now seems willing or able to respond to further emails. I wonder what new scam is brewing there and who will be the new millionaires in the region. Yes, I said it. What is happening with politicians these days is nothing short of despicable.

Transparent and accountable — don’t make me laugh out loud and fall off my chair. And I don’t give a rocket-powered damn if you are “not impressed”.

I now live in Canada — out of reach of anybody’s petty malicious local retribution — yet I do have a strong desire to make a major contribution to CARICOM, CSME, intra-regional travel and making a difference in all of the communities the airline would serve, but since you **ALL** seem not to be the slightest bit interested in improving CARICOM, maybe I should stay the hell away from the entire CARICOM region for the rest of my life and vacation in California or Hawaii instead. They certainly would be cheaper to visit — especially not paying your damned greedy cash-cow taxes and fees, which double the airfare or more.

Yes, I have been somewhat insulting here. But just how long **ALL** of you, Prime Ministers and Ministers think you can keep up this rudeness and neglect OF YOUR OWN CITIZENS until so many people — other than I — get totally frustrated with the waste of people, time and money and throw CARICOM away?

Thank you so much for your extremely valuable time. And obviously I don’t expect an acknowledgement or response to this email from ANY of you.

Best wishes to all of you anyway,

7 replies on “An open letter on aviation to CARICOM leaders”