CDC chair says, ‘…you do not have to be naked to be selling a costume’ 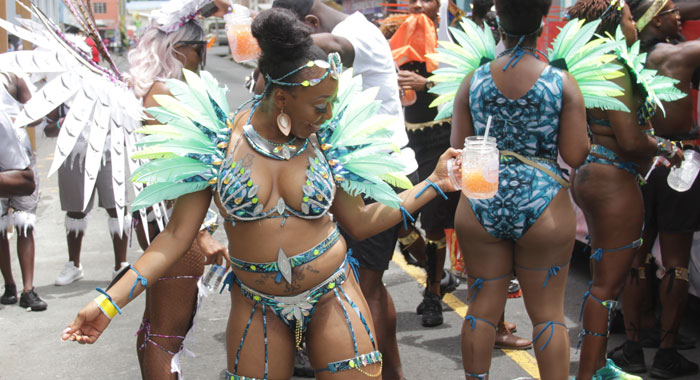 Chairman of the Carnival Development Corporation (CDC) Ricardo Adams has addressed the issue of “cultural appropriateness” in the costume and music of Vincy Mas.

“And I think one of the things we still manage to do is — our traditional bands here have still managed to do absolutely wonderful and creative costumes but leave people tastefully dressed.

Adams said there are very few songs that are “bordering on profanity with a veiled disguise.

“And if we want to take the music internationally, we have to appeal also to the international taste. So we can sing positive music, we can bring positive rhythms and we can come out as Vincy Mas being one of the places to which you can carry your entire family because we are all about positive development in culture and in mass.”

Carnival planners in Grenada, in early February, retracted guidelines forbidding the use of thongs, g-strings and wire bras in costume.

On Tuesday, Adams said there is a global focus on events tourism with destinations realising that regardless of size, they can compete on the basis of events.

“And more and more carnivals are investing in their products and if we, as a nation, don’t, then we will be left behind,” he said, adding that Guyana has developed a second carnival.

He said other countries are going to Trinidad and the United States to market.