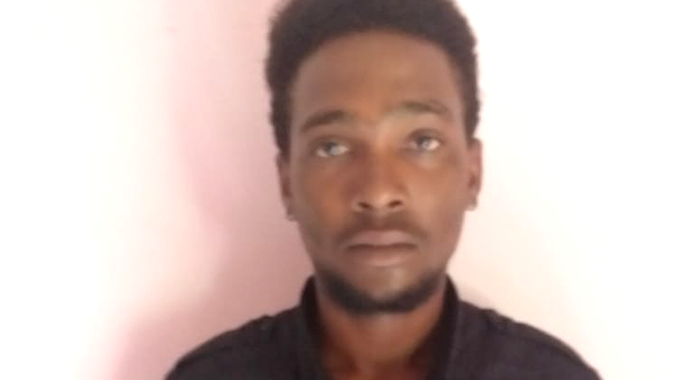 A Grenadian man who is wanted on two counts of attempted rape in his home country has been fined on immigration charges and ordered removed from St. Vincent.

On Monday, at the Kingstown Magistrate’s Court, Mario Ganess, 23, pleaded guilty to charges that he entered St. Vincent and the Grenadines by boat without a passport; entered SVG by boat at a place other than a port of entry, entered by boat and disembarked without the consent of an immigration officer; and that he knowingly allowed himself to be landed as a prohibited immigrant.

According to the facts, read by prosecutor Police Constable Corlene Samuel, on March 5, acting on information, members of the Rapid Response Unit of the Royal St. Vincent and the Grenadines Police Force, led by Inspector Nolan Dallaway, went to the home of Michelle Victory of Vermont.

Ganess, who is of St. Barts, Grenada, was met at the house and police asked him about his purpose in SVG.

Ganess told them that he had been living in SVG for about two months and did not clear with immigration when he arrived.

Ganess was arrested and handed over to the immigration department.

He was interviewed by Senior Immigration Officer Harry and admitted to entering SVG illegally.

Samuel told the court that police in Kingstown had received word from St. George’s that Gannes is wanted there.

She, however, said that the Interpol system in Kingstown was down, hence an arrest warrant was not available to be presented to the court.

In handing down the sentence, Senior Magistrate Rickie Burnett told Ganess that based on the charge before the court, he is welcome to come to SVG, but he has to do so through the legal channels.

The magistrate fined Gannes EC$250 on each count.

Asked how he would pay the fines, Ganess said by cash.

Asked if he had the amount with him, Ganess told the court he did not, but that he would pay the fine that day.

The magistrate, therefore, ordered Ganess to pay the fine forthwith or spend one month in prison on each charge in default.

The prison sentences would run concurrently, meaning that Ganess would have to spend only one month in jail if he fails to pay the EC$1,000.

The court also issued a removal order for Ganess.

2 replies on “Grenadian wanted for rape nabbed in St. Vincent”