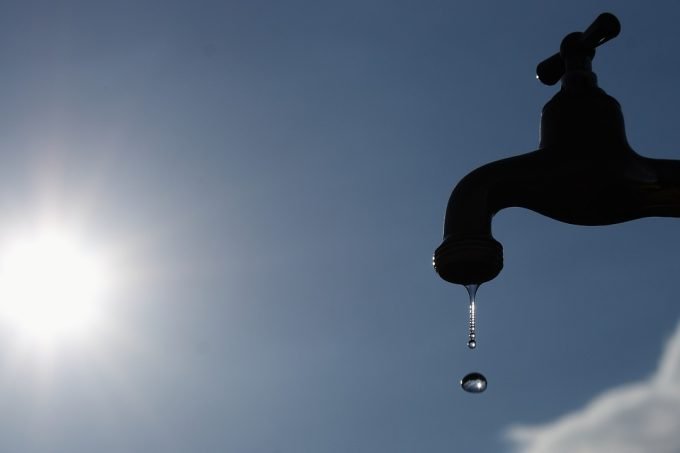 The Central Water and Sewerage Authority, on Wednesday, said it is now no longer able to supply over 50% of its customers with water 24 hours a day, seven days a week, as is usually the case.

“In St. Vincent, for the first four months of the year, all five of the CWSA’s major water systems have, on average, experienced rainfall amounts totalling 40% below the 10-year average,” Garth Saunders, chief executive officer, of the CWSA said in a press statement.

“Rainfall for April was 60% below the average monthly figure, while rainfall for the current month of May has fallen from 248mm in 2019 to just 48 mm in 2020,” Saunders said.

“At present, the CWSA is operating at 35% of its capacity at these five sources,” he said.

Saunders said that St. Vincent and the Grenadines is in the midst of one of its worst droughts in recent history.

The drought conditions continue four days before the official start of the 2020 hurricane season,  next Monday, June 1, and even as two named storms have already formed.

“From a regional perspective, the Barbados Meteorological Services has reported that the drought conditions being experienced so far, are the worst in 72 years and international experts have indicated that the low rainfall totals are expected to continue into 2020,” Saunders said.

Two weeks ago, the severe water shortage prompted the declaration of a water emergency in St. Lucia and a prediction of a rainfall deficit into August.

Saunders said the CWSA has now joined its neighbours — Barbados, St. Lucia, Grenada and Trinidad  — in once again implementing an extended system of water rationing “to try, as far as possible, to achieve an equitable distribution of water during a 24-hour period”.

Saunders said that the CWSA would continue to communicate its water rationing schedule to the public via radio and on its Facebook page.

“The CWSA further wishes to advise that, given the unpredictability of water use and the continuing reduction in river flows, that there is no guarantee that the CWSA may always meet the scheduled times for turning on and off of the supplies. Customers are therefore asked to store sufficient water at their homes to cater for this inconvenience.

“The CWSA appreciates the understanding of its customers and looks forward to a gradual improvement in rainfall patterns and water supply in the coming weeks,” the statement concluded.