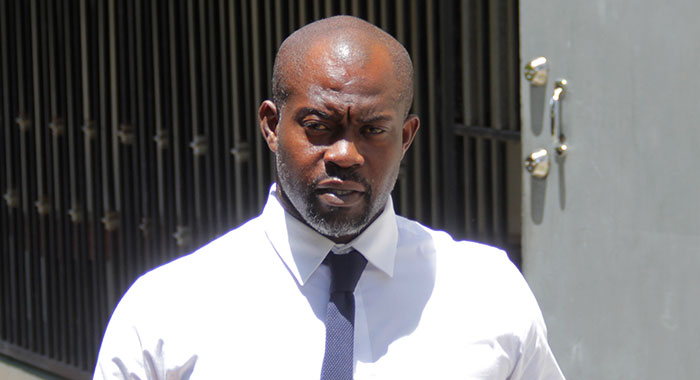 A prosecutor has suggested that a corporal of police be promoted because of his attitude to his work and the respect it has earned him.

“I am tired of saying ‘Corporal John.’ It is time I say ‘sergeant’,” Senior Prosecutor Adolphus Delplesche said at the Serious Offences Court this month.

The prosecutor said that Corporal 403 Nigel John of the Rapid Response Unit is an officer who does his job fairly and fearlessly.

Delplesche was speaking during the sentencing of Owia resident Kenrick Nero, 27, at whose home John had recovered a homemade firearm and two rounds of ammunition on May 27.

Nero had handed over the weapon and ammunition to John, who had led a party of officers in executing a search warrant at his home.

Delplesche said that while John conducted investigations ahead of the raid, the officer said that Nero cooperated.

The officer’s shoulder should be heavier, said Delplesche, a former detective inspector, in an apparent reference to the stripes indicating officers’ ranks.

He said that John would, in December, celebrate 20 years as a police officer.

“Corporal John’s presence [during the raid] meant a lot. That’s the respect the man has. He didn’t condone him, he did not promise anything.”

When John arrived at the home and read the warrant to Nero, he then asked Nero if he had anything to declare.

Nero then led John silently into his room and handed over the weapon and ammunition.

In February, John was also commended at the Serious Offences Court for his professionalism and bravery during an operation in which he confiscated an illegal AR-15 firearm.

Delplesche commended John on “an excellent piece of work” when, having received information about the firearm, he and his team trailed a vehicle from Layou to Barrouallie before intercepting it.

Defence counsel Ronald Marks, who was at the bar table but was not involved in the case, said that in addition to professionalism, the officer had demonstrated bravery.