Deconstructing race and class in SVG 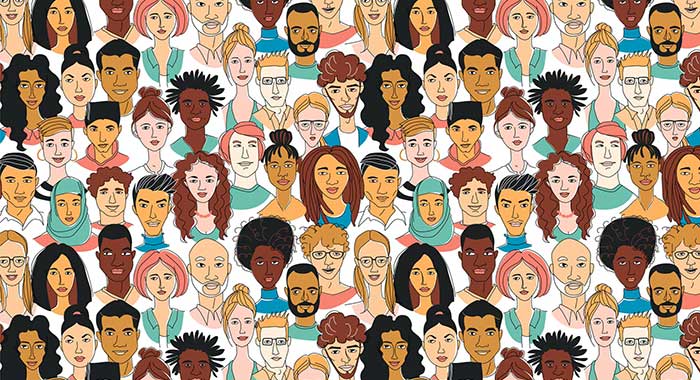 Much of what Jomo Thomas presents in his latest and most thoughtful contribution to anti- black racism is based on the hard facts of life in our deeply divided and stratified society. Still, several of his observations need clarification or rebuttal.

Unlike Jomo Thomas, I have never heard “persons of influence say there is no racism in SVG”. The systemic racism that has always been institutionally embedded in many of our institutions — unlike the racism in the United States, which has become less common over the decades and is now mostly sporadic, random, and nearly totally unpremeditated — ranges from the preference for light-skinned and straight-haired females in our countless demeaning and hyper-sexualised beauty contests, to the desire for fair-complexioned spouses by upwardly mobile or wealthy men, to the various subservient modes of deference given to  white foreigners that Jomo Thomas mentions, to the demand by proprietors for photo identification for  black shoppers using credit cards or cheques (a requirement rarely demanded of  white people), to the predilection for a  white or Mulatto Prime Minster over the past 36 years – and a Mulatto opposition leader desperately champing at the bit — because other candidates were deemed to be “too  black,” to the disproportionate amount of property and wealth held by  white and Mulatto people, to all the negative physical and behavioural stereotypes constantly applied to our  black people ranging from calling them “ black and ugly” (as Jomo acknowledges) to referring to them as “worthless naygers” when their behaviour refuses to conform to socially and culturally appropriate (read: British-based  white) norms.

Indeed, it is the actions, beliefs, and values of many black people, male and female alike — not their colour, not their hair form, nor their nose, lip, or backside shape — that many  black and non-black people in SVG and the United States find offensive. This behaviour, some of it escalating in recent decades, ranges from loud and lewd public profanity, to sexual promiscuity and licentiousness, to dysfunctional single-parent family life, to all manner of criminal behaviour including rape, wounding and murder.

It is such behaviour, even if it is exhibited by a small proportion of black people, as in the case of violent crime, connected as it is to socio-economic class, rather than the physical attributes of race, that account for the racist attitudes of our local  black, mixed, East Indian, and  white populations.

This distinction is what Ralph E. Gonsalves — a white man who has called himself the  blackest Prime Minister the country has ever seen — was partly referring to when he allegedly said, “being black is not a colour; it’s an attitude” and why the “worthless nayger” pejorative is sometimes applied to our “outcaste”  white people as well.

Prime Minister Gonsalves’ use of the term “attitude” is an important one: there is a fundamental and far reaching difference between racist attitudes and racist behaviour, a distinction often summarised as the difference between prejudice and discrimination. While the former is unfortunate, as long as these beliefs are not operationalized to negatively impact the life chances of the targeted group – in this case  black people — they can and should be dismissed as the ideology of ignorant people. Moreover, in countries like the United States  and regions like the Caribbean, most of those undereducated or unenlightened people who might want to actually discriminate against others based on their race have little power over their own lives let alone the lives of  black people.

Jomo Thomas is also incorrect when he nostalgically implies that the 1960s US-based Black Power movement was transformative in our little corner of the world. Indeed, all the groups and all the efforts he mentions were of no lasting consequence whatsoever, either socially, politically, ideologically, or economically — with the possible exception of providing grassroots political training for our current white prime minister — if only because former Prime Minister Robert Milton Cato, a black man married to a white woman, was able to easily dismiss local efforts at black empowerment by pointing out the elementary fact that SVG was already a black power country with a democratically elected black leadership and majority black electorate.

Despite the valiant efforts of the various black power groups listed — all now defunct and largely forgotten — as Jomo Thomas’ entire piece tells us, the more that racial beliefs change in little SVG, the more they stay the same.

Nor is Jomo Thomas correct to say that, “… colonial England committed genocide on our Garifuna/Kalinago forebears, enslaved thousands of Africans kidnapped from the African continent and brought them here to work for free.” There was no systematic genocide committed against our indigenous people even though the Second Carib War led by the wealthy slave-owning quisling Chatoyer did result in what is called “ethnic cleansing” because a large number of Garifuna and Kalinago were involuntarily exiled to Central America, an ancient practice around the globe when one ethnic group defeated another in warfare. Moreover, Africans were not “kidnapped” by white slave traders but were instead purchased from black African kidnappers as part of a global enslavement institution going back thousands of years which, unfortunately, is still ongoing in Africa but was viewed in many places even up to the late-19th century as normal, natural, moral, and legal.

As for the intersection of race and class already mentioned, Jomo Thomas plays down the fact that as the decades have unfolded our system of social stratification has become more and more based on the latter rather than the former with proportionately more black people controlling a bigger slice of our national wealth through their innate abilities, proper upbringing, advanced education, ambition, and work ethic. This is a healthy development we should all celebrate and encourage.

3 replies on “Deconstructing race and class in SVG”