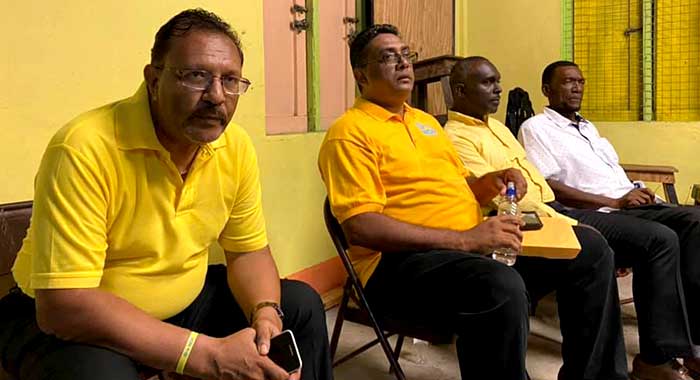 The New Democratic Party’s (NDP) constituency council in Marriaqua on Tuesday night voted for accountant Kirk Da Silva as their preferred candidate for the district in the upcoming general election, expected by year-end.

Da Silva, who in 2015 withdrew his bid to represent the ruling Unity Labour Party in that same constituency and endorsed St. Clair Jimmy Prince, who went on to retain the seat for the ULP, garnered more votes – 15 — than the three other contenders combined.

Among those that Da Silva defeated was a former representative for the area under the NDP administration, Bernard Wyllie, who came out of retirement from politics in an attempt to wrest the seat from the ULP.

Wyllie got eight votes at the primary, which was held in Richland Park.

His tally was four times that of Curtis Bowman, a pharmacist, who was the NDP’s candidate in Marriaqua in 2010 and 2015, when he lost to the ULP’s Girlyn Miguel and then St. Clair Jimmy Prince.

Public servant Phillip Jackson, who was making his first bid to become a candidate, got four votes.

Tyrone James, the NDP’s general secretary, told iWitness News that as is the case with all candidate-select, Da Silva’s candidacy is subject to the ratification of the party’s central executive.

8 replies on “Former ULP hopeful gets NDP nod in Marriaqua”