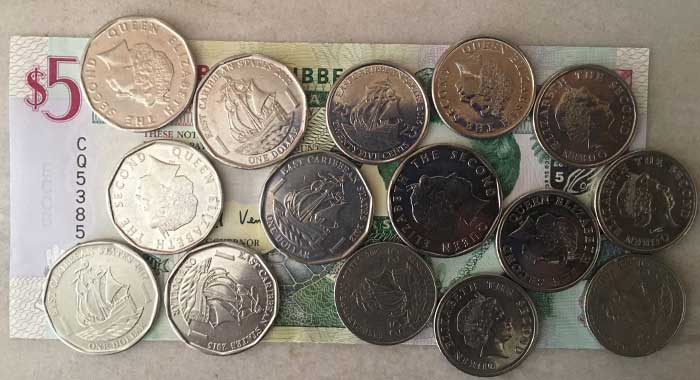 An economist and opposition politician says that almost half of the population of St. Vincent and the Grenadines is living in poverty, or off approximately EC$14 per day.

“Poverty in this country right now, 48.2% of our population … that is about 50,000 persons, living at or below the poverty line,” Fitzgerald Bramble, the New Democratic Party’s (NDP) candidate for East Kingstown told a recent virtual campaign rally.

“What that simply means is that almost 50,000 persons in St. Vincent and the Grenadines are living on EC$420 a month or less.

“When I walk around in my constituency, I am convinced that we have many more than 50,000 people living at or below the poverty line,” said Bramble, a newcomer to politics.  He said this is the case because people do not have jobs.

“The economy is not growing; the economy is stagnant,” he said, adding, “And if we don’t produce, we can’t go anywhere.

“How could you tell me that you’re a decent human being, and you have 50,000 people-plus living under those conditions? And you’re asking for another opportunity to mismanage this country further.

Bramble said that the government talks against citizenship by investment, a programme that an NDP administration plans to reintroduce if voted into office.

“…when I walk around and I talk about some of the programmes and people say, ‘Bramble, how alyo going to finance this?’ And I say, ‘Well, we have several options, several avenues. One is the citizenship by investment programme.’

“The Prime Minister bandy around and talk about selling passports and come up with this choreographed presentation about, ‘Oh, how our citizenship is worth more than that.’ Give me a break. Fool ah talk buh nah fool ah listen…”

Bramble said the CBI programme “is not only endorsed by, but strongly recommended” by the Governor of the Eastern Caribbean Central Bank, Timothy Antoine.

“He recommends it because that is how you’re going to be resilient, that is going to contribute significantly, and to you being able to do a lot of the things that are required to be done in this country.”

“What that simply means is that every dollar that you produce in your country 57 cents out of that dollar goes to the debt for St. Kitts, 59 cents in Grenada, and 66 cents in St. Lucia.

“In St. Vincent and the Grenadines you know what it is? Every dollar that we make from our level of production, from our GDP, 72 cents go towards our debt. And there is no coincidence why St. Kitts, Grenada and St. Lucia have a lower debt-to-GDP ratio than we do; it’s because they have a successful CBI programme.

“So facts don’t lie. And if they want to challenge me, I am ready to challenge any of them. Let’s talk economics. That’s my forte; that is my area of expertise. I could speak with authority on it. Because when I speak, I speak with the backing of the data, the information and the facts. Let them go and fight up with the IMF and the World Bank about these figures. So what is the solution to all of these? Jobs, jobs, jobs, jobs,” he said.