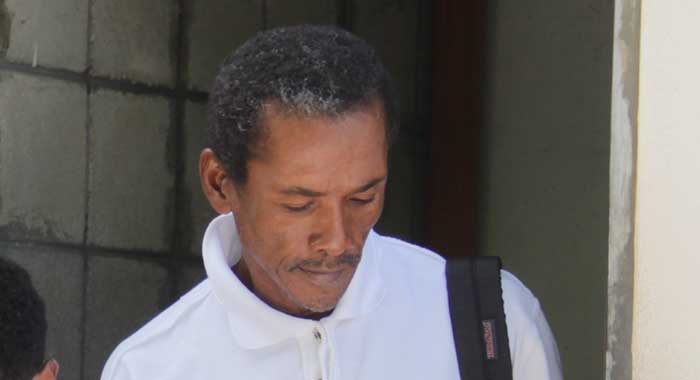 A man with 22 previous convictions was, on Monday, jailed for stealing from a Kingstown hardware store three times in one week.

‘This is one when Peter ain’t paying for Paul. Peter paying for Peter,” Senior Prosecutor Adolphus Delplesche told Peter Da Souza, the defendant at the Serious Offences Court.

The prosecutor recommended that the court order the man to compensate the hardware store and impose a suspended prison term.

However, Chief Magistrate Rechanne Browne would jail Da Souza for five months on each count, ordering that the sentences run concurrently.

Da Souza, 53, of Sion Hill, told the court that he had a drug problem and needed counselling.

He asked that the court put him on a bond.

His crimes were uncovered by Leslie Daize, the manager as he was reviewing CCTV footage at the store.

In one instance, Da Souza wore a cap and a mask when committing his crime, pulling the mask up over his face just before entering the store.

The thefts were reported to police, who arrested Da Souza, who is known to law enforcement officers.

The defendant denied the crimes to police but pleaded guilty when he appeared in court.

In mitigation, Da Souza asked to be placed on a bond.

In his representation on sentencing, Delplesche asked Da Souza if he was now 53 years old.

“Yes,” the defendant responded.
“When are you going to stop?” the senior prosecutor asked.

Da Souza told the court that he wanted to stop but “every time I take the drugs — I need to get some counselling.”

Asked what he did with the stolen items, DaSouza said that he had sold them to “people in Leeward” but he did not know who they are.

He said he had used the money to buy things to eat.

“And things to smoke too,” Delplesche said.

“Well, you can say so,” the defendant responded.

“Peter has been teefing all this life,” Delplesche said, and the defendant responded, “Not all my life.”

“Half?” the prosecutor responded.

Looking at Da Souza’s record, the chief magistrate said that he had gone through everything as far as sentencing was concerned.

Asked if he was able to pay compensation for the items, Da Souza said he would ask his sister in the United States for money.

Thee chief magistrate told Da Souza that putting him on a bond was out of the question and considering his circumstances, her sentencing options were getting increasingly smaller.

After rising for some time to consider her sentence, the chief magistrate noted that Da Souza’s crime involved some planning and that he had made attempts to conceal his identity when he wore a mask to the store, pulling it up just before entering.

Browne said that Da Souza had used the COVID-19 pandemic to further his illegal and unlawful acts.

She noted that he had 22 previous convictions and began with a starting point of two months in prison, with two months added for each aggravating feature.

One reply on “Shoplifter strikes hardware 3 times in 1 week”