‘NDP is a party of cash grabs’ — Camillo 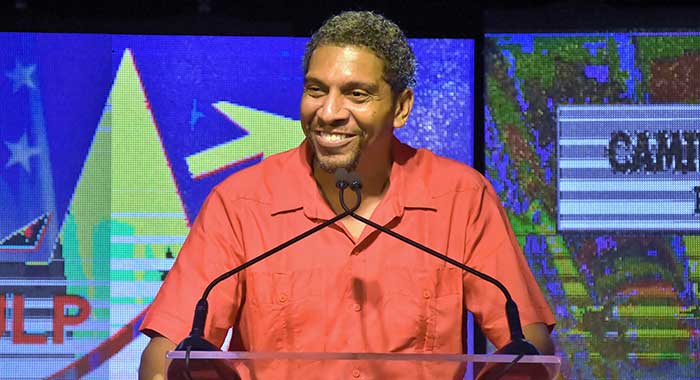 “Toll booth on Sion hill is a cash grab,” the East Kingstown MP said, referring to an idea floated by NDP candidate for Dwight Fitzgerald Bramble, which he later withdrew.

Gonsalves, who is seeing a second term as MP for East St. George, said his Unity Labour Party has a plan to make the Argyle International Airport work through the creation of new hotels.

Gonsalves said that the ULP has a plan that is being implemented to bring Sandals Beaches resort – to take over the failed Buccament Bay Resort, which has been shuttered since December 2016.

The party also has a plan to bring Holiday Inn Express, and Marriott Resorts, to the country, he said referring to the two companies that will manage two hotels that the government is building.

“Look in the history of St. Vincent and the Grenadines, we’ve never had hotels like that come into mainland St. Vincent. And it’s because we have a plan,” he said.

“We have a plan to grow our economy without selling our passports and our patrimony,” the minister said, referring to the NDP’s proposed citizenship by investment programme.

“We have a plan to make us more resilient to climate change. Look around at the river defence and the sea defence all over this country. And we have a plan to continue improving our health care with a modern Lewis Punnett home in Glen and an acute referral hospital Arnos Vale.”