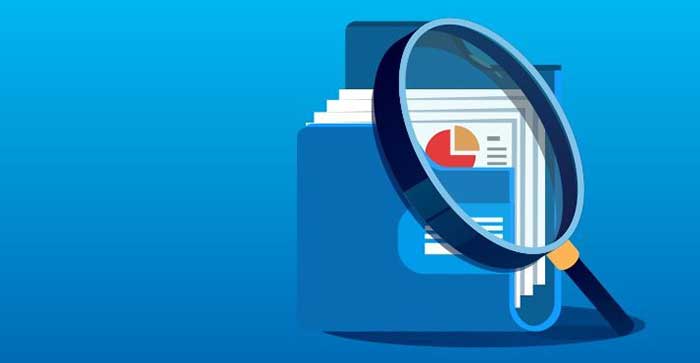 “To restore and keep the public’s confidence in the integrity of their government, state government and its officials must be open honest and transparent”. — John Lynch

This quote from John Lynch a U.S. politician, strikes a chord about an essential element of good governance. Two pundits were provoked by Part 1 of this review to make the comments in reply which follow:

“… the facts on the ground are abundantly obvious: there has been very little transparency, accountability, openness, absence of conflict of interest, or freedom of information from this regime over the past 19 years; including the refusal to publish national social and economic data via the annual Digest of Statistics Report that the regime inherited… this government’s refusal to make it available on a yearly basis raises the question of what the regime is trying to hide and why. — Ch Ben-David

“This observation of yours is what is Vincentian Socialism in operation (one rule for them and another rule for us), fool we to have been taken in by their seductive socialist twaddle much to our sad cost. With both hands one could work for the country but equally with both hands one could loot the country’s treasury. … We see the same behaviour in Africa as we see in SVG, where those in power exploit their position over the people and the people’s money. But how does one make billions of dollars while daddy is in power? Easy!…” — JAMES H

Some well-regarded scholars and activists of an anti-colonial persuasion have expressed the view, that whilst great emphasis is exerted in critiquing the neo-colonialism on display in many African and Caribbean countries in the post-independence epoch, attention must also be paid to the ravages inflicted to our developmental goals, by the nightmares of corrupt indigenous mal-administrators.

The iconic scholar, Walter Rodney, instructed years ago in his celebrated thesis on “How Europe Underdeveloped Africa”, that: “In pursuing the goal of development, one must start with the producers and move on from there to see whether the products of their labour are being rationally utilized to bring greater independence and well-being to the nation.”

The Journal of African Union Studies published a paper in April 2019 on “Corruption and the Challenge of Accountability in the Post-Colonial African States”, which argues that African leaders are more of political predators than freedom fighters against the legacies of colonialism. Rather than explore the state’s power to promote the public interest, African leaders are more concerned with their personal welfare, exploiting the vulnerability of the citizens. Cases of leadership corruption and malfeasance are swept away, thereby engendering the unprecedented culture of leadership deficiency with impunity. And it is submitted, that the crisis of governance in Africa could be dealt with only if the citizens are liberated from the grip of leadership insensitivity and the rhetoric of colonialism.

The events and scenarios outlined in Part 1 of this opinion piece, have prompted the comments, that the absence of transparent honest and accountable government is an evident feature of our dismal reality and that we see the same behaviour in Africa as we see in SVG, where those in power exploit their position over the people and the people’s money. But are these truly representative of views held by Vincentians?

One grotesque example of a woeful saga which haunts our Caribbean political space, and which offers timely caution, has been that inflicted on the vulnerable masses of Haiti. The accounts can be conveniently found online about that seminal black post-colonial state, where Dr. Francois Duvalier was first elected president in 1957.  Prior to his rule, Duvalier was a physician by profession. Due to his expertise in the medical field, he acquired the nickname “Papa Doc”. He was unanimously “re-elected” in a 1961 election in which he was the only candidate. Afterwards, he consolidated his power step-by-step, culminating in 1964 when he declared himself President for Life after another sham election, and as a result, he remained in power until he died in April 1971. He was succeeded by his son, Jean‑Claude, who was nicknamed “Baby Doc”.

On the death of his father, “Papa Doc”, when he was still only 19, “Baby Doc”, succeeded him as Haiti’s President for Life. He ruled from 22 April 1971 until 7 February 1986, when he was forced to flee. He governed Haiti longer than his father, thanks to the untiring but rather shamefaced support of Western governments, notably the United States, and thanks to the UN financial institutions such as the International Monetary Fund and the World Bank.

Reliable sources maintain, that especially during the term of President Reagan, Baby Doc was presented as a firm anti-Communist and a bulwark against Castroism. That view, however bizarre, ensured him military and diplomatic backing. He was also given all the money he and his wife Michèle needed to maintain an opulent lifestyle in one of the world’s poorest countries, and later in exile.

It is reported, however, that the family was not happy. On one occasion in 1967, after the elder Duvalier had flogged his mother, the 15-year-old son pushed his father into a room and kept him locked up there for three hours. The imposition of an undignified silence. On Nov. 18, 1970, the old man, feeble and failing fast, formally named the teenager his successor.

The infamous tale is told, that for years Baby Doc left the administration of the country in the hands of his mother, and her long-time lover named Cambronne, who was chief of the traditionalist group known as “the Dinosaurs”. Just as in Papa Doc’s time, the special paramilitary unit named the Volunteers of National Security, or “Tontons Macoutes” dominated. From the presidential court, Cambronne ran a prosperous business exporting five tonnes of blood plasma a month. Under Duvalier Jr’s indulgent eye he bought it for US$5 a pint and sold it on at US$35 to U.S. firms such as Dow Chemical. He also traded in cadavers.

Nevertheless, Baby Doc became the people’s darling, informal, friendly, always ready for a game of dominoes with his subjects, professedly “rootsical”. The U.S. government, too, was charmed and, encouraged by pro-Duvalier lobbyists around the U.S. Congress, and increased its subsidy to him from US$9.3m in 1974 to US$35.5m in 1975.

Away from the limelight, the regime tortured and starved its enemies to death, notably in the capital’s Fort Dimanche. As the country sank deeper into poverty, Baby Doc allowed his court greater latitude for swindling. It is reported also that in 1982, for instance, his father-in-law appropriated US$11m worth of crude oil supplied cheaply as aid from Mexico and sold it to the apartheid regime in South Africa.

The dictator’s fall was forewarned when in 1983 Pope John Paul II visited Haiti. He called for change, and the following month 860 clergymen signed a petition calling for the Church to concentrate on the needs of the poor majority. Seven bishops were invited to Rome, where the Pope urged them to continue pursuing the movement for an awakening. Despite bloody repression, Baby Doc’s adversaries continued to undermine the president of a state where, as the historian James Ferguson remarked, for every teacher there were 189 members of the security forces. In a largely illiterate country, the Church’s Radio Soleil was particularly effective. Tardily, the U.S. government, too, came round to a hostile posture.

Two days later the US sent a transport aircraft from its base at Guantanamo Bay, which was loaded up with their cash, jewellery, silver, paintings, antiques, furs, shoes, pictures and antiques for Baby Doc and his wife. It took off in the middle of the night for France. There the Duvaliers stayed at a luxury Hotel until the owner went to the law to get them thrown out.

The Duvalier family rented a villa near Cannes from a Saudi arms dealer where they continued their life of luxury, calling in food from a nearby three-star restaurant. Money came from a host of bank accounts stashed away in many cities, including in London and in Geneva.

But exile made him very unsettled and he took up with a succession of mistresses. Baby Doc and his wife divorced by proxy in the Dominican Republic in 1989.

Reports are that in 2002 he said it was his “firm intention” to return to Haiti “as soon as conditions allow”, a view he repeated during the removal of Jean-Bertrand Aristide who was popular among the masses. Baby Doc was said in 2003 to be short of money and living with his mistress in a one-bedroom flat in Paris, but in 2011 he returned to Haiti, which was then ravaged by the recent earthquake, insisting that he wanted to help the country get back on its feet. Some suspected he wanted to get round new Swiss banking regulations designed to stop former dictators accessing their ill-gotten loot hidden away in Swiss bank accounts.

He was arrested and charged with embezzlement and other crimes, and there was talk of him being charged with crimes against humanity, but he remained in a hotel in the mountains above Port-au-Prince, where he died of a heart attack.

In SVG over the past 20 years, we have been treated to a grand shinny infrastructural project and some say there has been an education revolution. All of this aimed at testifying to the achievement of quantifiable developmental goals, alongside open, honest and transparent governance. Despite these touted achievements, one of the key planks of its policies to be implemented, if the ULP regime is given a fifth consecutive term in government in the elections of Nov. 5, is that COVID-19 apart, the PM who has held office for the past 20 consecutive years, would exponentially increase the grants of poor relief to Vincentian families, as a means of reaching developmental goals.

The logical conclusion must then be that effectively, the products of the labouring masses have yet to be rationally utilised to bring greater independence and well-being to their living conditions. Even so, as against this situation, there are glaring displays of material grandeur by their chosen wannabe rulers, who themselves professed modesty when seeking to assume the reins of power.

Reflecting on all of these matters, one cannot help but be reminded of the clinical psycho-analytical insights of the revered Franz Fanon, where he diagnosed about a peculiar aspect of the emotional condition in post-colonial societies called “cognitive dissonance”, that because it is so important to protect their core belief, some people will rationalise, ignore and even deny anything that doesn’t fit in with that core belief.