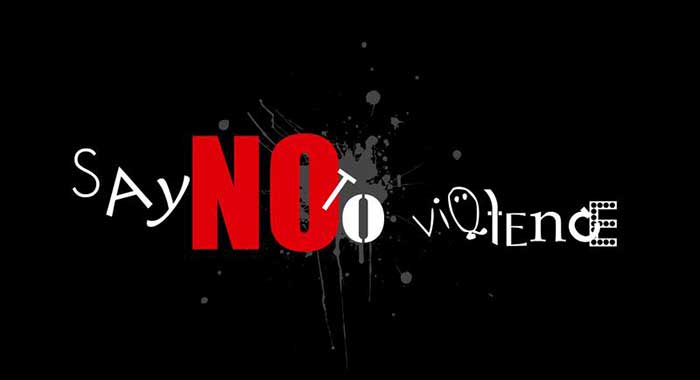 The Royal St. Vincent and the Grenadines Police Force (RSVG), on Wednesday, said it has received reports of several acts of violence, damage to property, defacing of buildings and roads amidst the campaign for the Nov. 5 general elections.

“These incidents include the pulling down of a billboard and posters in Campden Park and other areas; throwing of missiles/stones and firing of gunshots in Rillan Hill,” the Public Relations Department said in a press statement.

“St. Vincent and the Grenadines is known for holding free, fair and peaceful elections…  The RSVGPF wishes to advise the general public that violence has no place in the conduct of general elections and other endeavours in our daily lives,” the statement said.

The RSVGPF called on all Vincentians to “cease and desist” from all acts of violence and or intimidation during the political campaigning.

“In addition, all political parties are strongly advised to adhere to the ‘spirit’ and ‘letter’ of the Code of Ethical and Political Conduct for the 2020 General Elections that was issued by the National Monitoring and Consultative Mechanism (NMCM) and signed by the two major political parties on Friday.

“The RSVGPF also calls on the leadership of all political parties to apply to the Office of the Commissioner of Police for permission in relation to the holding of political rallies/meetings/whistle-stops, Limes in a timely manner, so that the necessary security arrangements can be put in place to safeguard members of the public.

“The RSVGPF further calls on all nationals to exercise wisdom, decorum, tolerance, self-respect and respect for the views of others – so as to ensure tranquillity and an atmosphere of peace and stability during these national elections.

“Be assured that members of the RSVGPF and its Auxiliary Force will exercise all of the powers vested in them according to law to maintain law and order, preserve the public peace, protect life and property and ensure that these elections are held in a civil and peaceful atmosphere,” the statement said.

The statement said that as the principal law enforcement organization in SVG, the RSVGPF (with assistance from the Auxiliary Force and the Cadet Force) is charged with the responsibility of ensuring a safe and secure environment before, during and after the conduct of the elections.