Jemalie, it’s five in a row 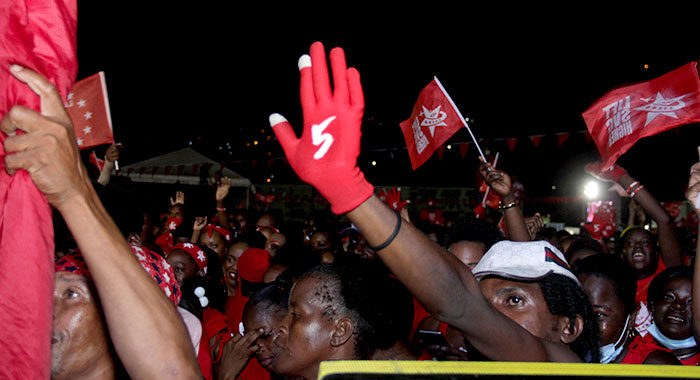 Jemalie John, in his commentary, makes much of the fact that a number of fresh faces did well in the recent general election, and also that the ULP lost the popular vote.

I have just a couple of questions for Mr. John:  who was victorious in the election? The ULP retained government, right? And they did so with one additional seat, right?

Secondly, has John reflected on what it takes to win five elections in a row? The compulsion to change the government becomes stronger. People naturally get tired of the same old faces, the same old government. Twenty years is a mighty long time. They want to see fresh faces; they want to give someone else a chance. Let there be change, even if only for the sake of change itself. No wonder there a number of good performances from fresh faces in both parties. And no wonder indeed that there was a diminution in the ULP’s share of the popular vote.

It had to be change itself, and a sense of giving someone else a chance. It could not have been because of the NDP’s promised programmes and policies, could it? You mean that voters were enamoured of the proposed switch from Taiwan to China?  You mean that voters were thrilled at the promise of a passport-selling programme?  Really?  Yet these were the two major planks of the NDP’s platform — although I am advised that, befuddlingly, the word China does not appear in the party’s manifesto.

But I forget: there was the third, pre-eminent plank of the NDP’s manifesto: Jobs, Jobs, Jobs.  I tried, I listened, I read — yet could not find an articulation of this promise. Exactly what was the jobs plan?  Where were those jobs going to come from, exactly?  And how would their jobs plan differ from what the government was doing. I became none the wiser. The NDP leader came close in an interview on NICE Radio when he was asked by the interviewer about the jobs plan. He began a waffling response and then was happy to quickly move on to another subject at the instance of a caller. “Jobs, jobs, jobs”, the main policy plank of the NDP was merely a catchy, empty slogan.

So what did their supporters vote for? They voted for change, (which of course is their right and prerogative). They voted for a change of faces, of personalities; they voted to give someone else a chance –a natural human sentiment. This is why NDP won the popular vote – which, it has to be admitted, is a significant development. But it really is no surprise in the context of a fifth term election.