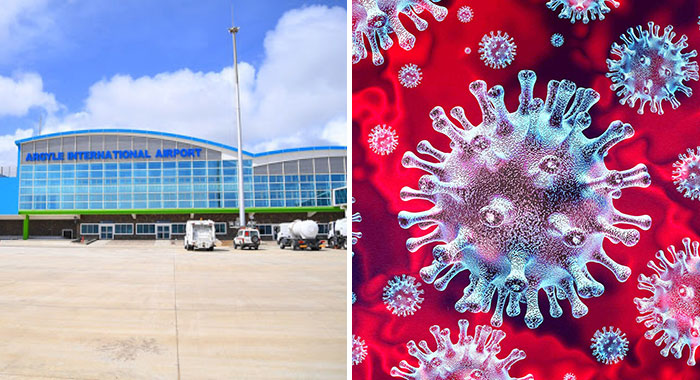 Bring out the guns, we love the danger
One, two, three, just pull the trigger
One bullet left inside the chamber
Let us play some Russian Roulette

Russian roulette is a highly lethal game of chance in which players insert a single cartridge in a six-shot revolver, spin the cylinder, place the muzzle against their head, and pull the trigger praying to “lose” if the loaded chamber does not align with the primer mechanism and the barrel, causing the weapon to discharge. (Russian refers to the supposed country of origin, and roulette to the element of risk-taking and the spinning of the revolver’s cylinder, which is like spinning a roulette wheel.)

The odds of “winning” — and dying — are at least one-in-six pulls, which increase exponentially each time the trigger is yanked.

My question is whether we are playing a Vincentian version of this deadly game at Argyle International Airport (AIA) several times a week by encouraging planes packed with our very own people coming home from one of America’s leading COVID-19 hotspots in both infections and death rates, Brooklyn, New York, and from the Canadian city of Toronto, Ontario, which scores very high on both indices. In fact, Brooklyn and Toronto have just increased their lockdown regulations with the former again closing all its schools as the virus enters its most hazardous second wave.

Both Brooklyn and Toronto have always been home to the majority of Vincentians living on the North American mainland mostly in the crowded low-income neighbourhoods where COVID-19 tends to spread the most. This is compounded by the fact that it is well known that COVID-19 proportionately kills far more people of African-Caribbean descent living in North America and England than any other ethnicity.

The flights carrying these almost exclusively Black Vincentian passengers non-stop from North America are American Airlines flight 2301 which flies out of Miami every Saturday carrying our people in-transit from New York and, going forward, Air Canada flight 930 which will arrive at AIA every Monday loaded with mostly Black Vincentian Toronto residents.

With no LIAT access from Barbados and very limited Caribbean Airlines routing through Barbados and Trinidad, these two weekly flights are fully booked with a total of 310 passenger seats.

It is well known that SVG, unlike many other Caribbean countries, not to mention most countries around the world, has never issued an official ban on flights landing at AIA. Nor has our nation ever banned the landing of cruise ships or other pleasure vessels. Indeed, during the second week of November, Sea Dream 1, the first cruise vessel to resume sailing in the Caribbean since the start of the pandemic, was allowed to land passengers at Mt. Wynne Bay under the watchful eye of members of our police force despite the fact that one guest was soon found to be infected with this dangerous virus resulting in the cruise being aborted.

In other words, none of the bans on travel to our country have come from homegrown efforts to protect our people.

Presumably, the “open for business” sign hanging over our country is because we have seen no Coronavirus deaths and relatively few infections compared to many other countries, at least so far, despite the fact that many people have landed in our medically-challenged country infected with the virus.

Exacerbating our welcome sign at AIA and elsewhere has been our slack attitudes towards COVID-19 mask-wearing and physical distancing, not to mention the repeated attempts by many of our people (scrupulously reported  by iWitness News) to evade government-mandated quarantine rules including, hypocritically, by the government itself when it exempted Sandals executives from this mandated requirement in late October.

Just as mind boggling, the same government foolishly closed our schools for six long months in the absence of any scientific evidence that this was necessary: young people rarely contract or spread COVID-19 and hardly any die if they do become infected.

If truth be told, we are masters of making silly or reckless decisions: far too many of our people have died from highly preventable causes like dangerous or drunk driving, drowning, unsafe sex, and, perhaps most of all, from incompetent or indifferent medical treatment.

Truly also, we have been very lucky to date playing this very perilous game of Russian roulette. But our luck is bound to run out as time goes on especially given that as a tiny and inconsequential nation we will be very lucky to procure much vaccination relief before the middle of next year.

What all this means is that our past record and future prospects say that we will have to wait for doomsday to land on our shores before any shutdowns are imposed through our own efforts by which time it will be too late to regret that we took one pull too many on the Russian roulette trigger.