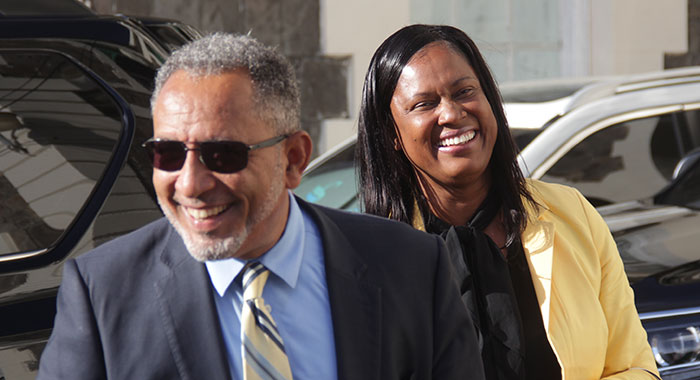 Educator Shevern John, who resigned her teaching job to contest the Nov. 5 general elections, will now make about EC$2,000 monthly as a senator.

“Service to humanity is the best work of life, not salary,” she told iWitness News, outside Parliament, on Monday, as the national assembly met for the first time since the polls.

As a graduate teacher, John earned about EC$5,400 monthly before tax and social security deductions. However, as senator, she will earn about EC$3,500 monthly, before similar deductions.

On Monday, John took up one of the two senatorial posts of the opposition New Democratic Party in Parliament.

She was the party’s candidate for North Windward in the general elections and fell 68 votes shy of defeating Montgomery Daniel, the Unity Labour Party’s “Iron Man”, who was elected to a fifth consecutive term in office.

John was forced to resign her job as a teacher, despite the January 2019 court ruling in the case that the union brought against the government after it reneged on the election leave clause of the 2005 Collective Bargaining Agreement.

As part of the accord, the government had agreed to grant six-month, no-pay leave to persons who had been teachers for at least three years.

If the teachers were unsuccessful at the polls, they could return to their jobs with all benefits intact.

After the Nov. 5 polls, Gonsalves said that he would speak to the chair of the Public Service Commission about re-employing teachers who had resigned to contest general elections since 2010 and were unsuccessful.

Asked if there were any particular issues that she will be focusing on as a female senator, John told iWitness News:

“Well, you have said it. I am looking at women’s issues and any other issue that would be for the benefit of St. Vincent and the Grenadines. We will address those issues.”