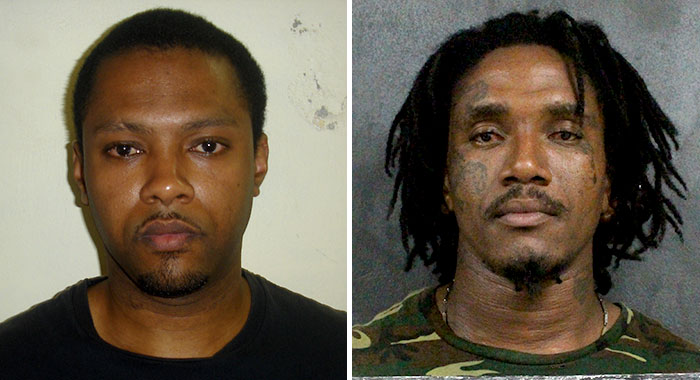 High-profile accused murderer Veron Primus, 33, has escaped prison in St. Vincent and the Grenadines for the second time in just over a year.

He said that Primus and Ulrick Hanson, another murder accused, were discovered missing from their cells at Her Majesty’s Prison in Kingstown around 6 a.m. Wednesday.

The various law enforcement agencies have been mobilised to try to recapture the accused murderers as soon as possible, the police chief said.

“Please approach the fugitives with caution,” the bulletin said.

Primus was committed to stand trial for that killing but escaped prison in September 2019.

Primus turned himself in after that jailbreak and pleaded guilty to a charge that between Sept. 30 and Oct. 1, 2019, at Kingstown, while being held on remand at Her Majesty’s Prisons, he did escape such lawful custody.

Chief Magistrate Rechanne Browne sentenced Primus to 16 months in prison, for that offence, a sentence he was still serving at the time of his escape.

Suspended prison officer Louie Cupid, 46, of Murray’s Village, is being tried on two corruption charges in connection with that prison escape.

Police cracked the Greaves murder case in April 2016 as they were investigating Primus’ alleged abduction of  fellow Vermont resident Mewannah Hadaway, then 24.

Primus was charged with one count of kidnapping, two counts of rape and two counts of buggery after he allegedly kept Hadaway against her will at a house in Vermont, from Jan. 1 to April 15, 2016.

Those charges were withdrawn because the virtual complainant, having migrated, was not available to testify at the preliminary inquiry in 2017.

Meanwhile, the other accused murderer to escape prison during the jailbreak this week was, in May, sentenced to six months in prison for inducing into Her Majesty’s Prison one black Alcatel cellular phone and charger, which are prohibited articles.

Also, Hanson and Harry, along with Racquann Robinson, of Campden Park, and Elroy Rodgers, of New Montrose, and suspended Police Constable Ettian Charles, of Arnos Vale,  escape further prosecution after physician Reisha Browne-Caesar, the wife of Agriculture Minister Saboto Caesar, refused to testify earlier this year in a case that they robbed her at gunpoint of items valued EC$10,350 and documents outside her Cedars home in September 2016.

Officials in SVG have said that they had received no formal request for extradition and any such request would be considered after the Primus’ legal matters in SVG have been disposed of.