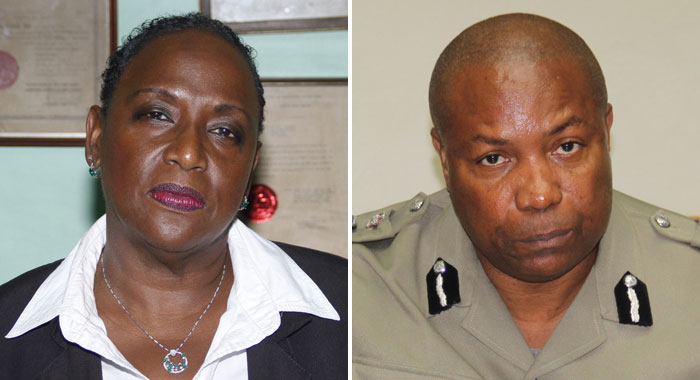 The lawyer for the 60-year-old man, who was shot at his home, reportedly in the presence of a senator and a prosecutor, on April 13, has written to the police chief asking that charges be brought in connection with the matter.

The lawyer said she has also asked the police to disclose the identity of the third person who was present when the shooting took place.

Bacchus-Baptiste was speaking one day after Prime Minister Ralph Gonsalves commented on the incident on the state-owned NBC Radio, even as he said he could not comment on it.

Cornelius John told iWitness News, on Wednesday, that a trio that included one woman who had come to his property shot him in the left leg in the patio of his Diamond Estate home on April 13.

John said that he knows the woman well as she grew up in the neighbourhood and would be able to recognise the shooter — who he said was tall, wears glasses and was wearing a hat — if he were to see him again.

He told iWitness News that the second man had a “curved back”.

Commissioner of Police Colin John told iWitness News, on Wednesday, that Assistant Director of Public Prosecution, Karim Nelson and lawyer Ashelle Morgan, a senator for the Unity Labour Party administrator and deputy speaker of the House of Assembly were “persons of interest” in the investigation into the shooting.

In her call to the radio station on Wednesday, Bacchus-Baptiste noted that three weeks have passed since the shooting.

“And in my history, I don’t know of many matters, or any matter that is as blatant as this, where someone got shot, hospitalised and no one has been even detained and arrested up to this moment.”

She said that Searchlight newspaper had quoted the police chief as saying there were cross complaints in the matter, with John, Morgan and Nelson having filed complaints.

She said that her client reported the shooting on the day that it occurred and gave a written statement some days later.

“Call in the three perpetrators; that’s the way it is done. In fact, from the very night, they could have been taken up, because the police was on the scene immediately after the shooting,” she said, adding that it was the police who took John to the hospital.

The lawyer said she had her information on the identity of the third person present during the shooting.

“I have my own information on that. And in my letter, I am asking the Commissioner of Police to reveal who this is, because there is no reason for it to be kept secret,” Bacchus-Baptiste said.