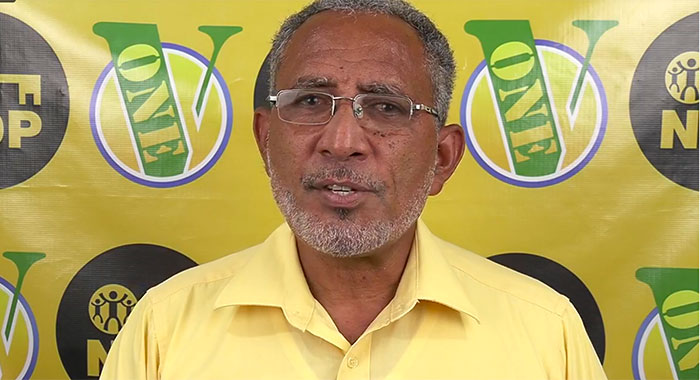 Opposition Leader Godwin Friday has dismissed as “just another distraction” Prime Minister Ralph Gonsalves’ threat to sue him over comments he made at an Aug. 7 press conference.

Friday, when asked at a press conference last week, confirmed that he had received a letter from the prime minister’s lawyers.

Friday, who, like Gonsalves, is a lawyer, did not disclose the contents of the letter.

“That is a matter that we will have our legal counsel deal with. Again, this is all part of the process of – all of these actions that are taken, you have the state on one hand; you have the private action being taken.

“What is the common denominator? People have taken part in protests in Kingstown,” he told the press conference at which he spoke of his New Democratic Party’s plan to stage a protest in Kingstown on Sept. 9.

“… if they believe that they are going to dissuade or discourage people from taking part in similar action, from exercising their democratic rights now that people are starting to regain that confidence that they should do so, then they are sorely mistaken,” the opposition leader said on Wednesday

“And that is just another distraction. I want to focus on what is important to the people, what deals with the issues that people are solely concerned with and legitimately concerned with, that brought them out on the streets of Kingstown legitimately and will do so again until government stands up and listens because the people are the ones who are in charge, not the government,” Friday said.