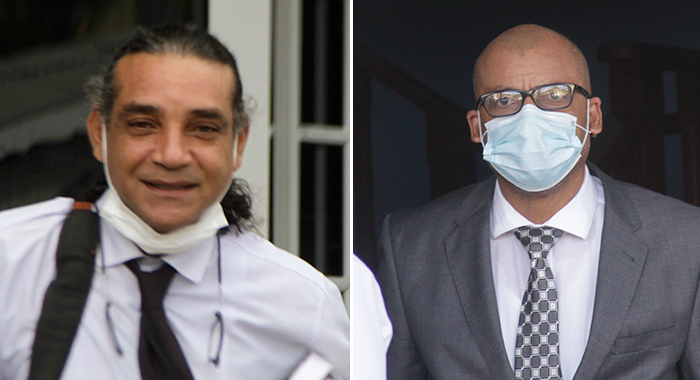 A defence counsel in the Morgan/Nelson trial, on Thursday, accused the prosecutor, S. Stephen Brette, of talking “rubbish” and later apologised for saying that he was objecting without legal basis.

The lawyer, Ronald “Ronnie” Marks, had addressed the court on a point.

Marks then asked the court to allow him to conduct his case and to stop interrupting “every five minutes for no legal reason at all”.

He further asked the court to ask “counsel with the watching brief not to shout instructions to the witnesses”.

The prosecutor rose and said he felt “insulted”.

“You should be,” Marks said.

“I am the one providing the court with the legal authority,” the prosecutor said.

Brette said that Marks has been making “bare assertions without any legal authority”.

The prosecutor said that when the lawyer said that he was interrupting without any legal reason, it was wrong and insulting for him to have said that.

The prosecutor said that he thought that Marks should apologise for what he said.

Marks agreed, saying, “I do…

“In all years of practice I never had so many interruptions from a prosecutor,” Marks told the court.

“I practised in St. Lucia before you,” Marks responded.

“You sure you want to go there?” Bacchus-Baptiste commented.

“Come down,” the prosecutor said, referring to St. Lucia, which is about 25 miles from St. Vincent, at the closest point.

Marks said that if the practice in St. Lucia was to try to restrict a defendant from putting forward his case, it is not the case in St. Vincent and the Grenadines.

He said that the prosecution could not “fetter” his cross examination on issues of character and propensity.

“They cannot do it and they need to stop it,” Marks said.

Government senator, Ashelle Morgan and Assistant Director of Public Prosecutions, Karim Nelson, are being tried in connection with an April 13 incident, at Diamond Estate, in which businessman Cornelius John, of Diamond, was shot in the leg.

Morgan is alleged to have assaulted John.

John is to be tried on a charge that on the same date, also at Diamond Estate, he used threatening language to Morgan.