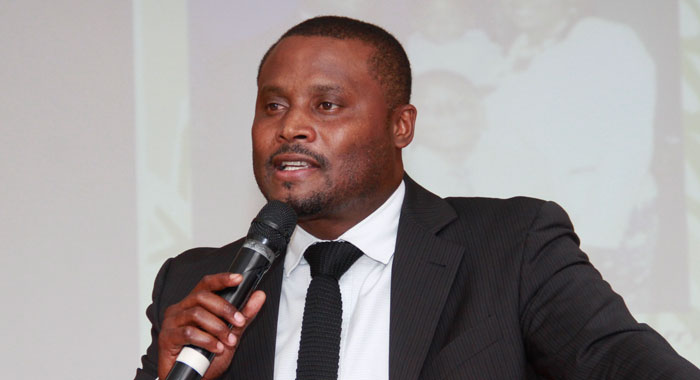 Superintendent of the Windward Islands District of the Church of the Nazarene, Rev. Kelron Harry. (iWN file photo)

Church of the Nazarene minister the Reverend Kelron Harry is calling on Vincentians to show compassion amidst the division caused by the nation’s COVID-19 vaccine mandate, which came into effect last Friday.

A number of public sector workers have been barred from their workplaces because they have not taken the COVID-19 jab.

Harry told a Teachers’ Union press conference in Kingstown, on Monday, that he had “gladly accepted the invitation to share the platform” as he thought it important that the Church says something on the issue.

“I think it’s important, too, that my mother was a school teacher all her life. She was a principal. My father was a police officer all his life and so when I hear the men speak today on the police and the teachers, it pained my heart because I know that they toiled and  worked very hard and  their reward wasn’t  — I don’t think it was at the level of their toil but they did it from their heart, they did it because they loved the nation, they loved children.”

The press conference heard addresses from President of the SVG Teachers’ Union, Oswald Robinson and Chairman of the Police Welfare Association, Brenton Smith.

Smith was among police officers ordered to leave their posts on Monday because they are unvaccinated.

Harry said that over the last week he was reflecting on how his parents would have felt if, after a long period of service, they were told that because of a vaccine they had to leave their service and lose accrued benefit.

He said that Jesus, during time on Earth, was God’s greatest manifestation to man. “And Jesus tried to show us how God would respond to people,” he said, and mentioned Jesus’ restoration of Bartimaeus’ sight.

“And why that is significant to me is because Bartimaeus’ cry to him was, ‘Jesus, son of David, have mercy on me’.”

Harry said that in his sermon at the National Independence Service last month, he said “it is time for us to show mercy”.

“And I believe our people are becoming somewhat callous and they are acting without compassion. We are seeing or following along lines that aren’t Christ-like and just repeating things and not really thinking about the individuals affected and I will beg you today, if we are a nation who is Christian in essence, I believe we are to act as Christ would have us to act.

He said he was not there to speak on behalf of the Coalition of Churches, but he belongs to it.

Harry read in its entirety the statement that the coalition issued two some weeks ago about the vaccine mandate.

“The day that this statement was discussed on the radio, I cried. I am being very honest because the response to it, I would just say, was strange. I hear it being described as one being written like it came from the Taliban and it hurt me. This had too much love and concern and compassion.”

Prime Minister Ralph Gonsalves said that the statement is “the kind of a thing that you get from the Taliban in Afghanistan”.

“I want to say I believe that this speaks with heart and I want to pray that there will be a great turning around, that our nation that is in a cul-de-sac that God will make a way that we all can move forward together. Not one side squeezed and pressured and another liberated. May we all be free.”

3 replies on “Pastor speaks out against vaccine mandate callousness (+Video)”