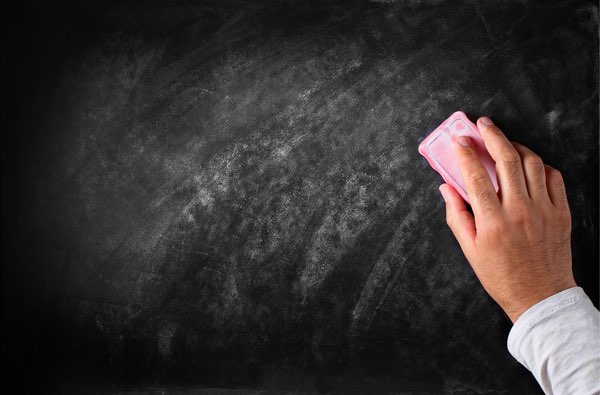 There wereanti-government protests and industrial action that were sparked by a proposal to increase pensions for parliamentarians in April 2000. These protests involved mostly teachers of St.Vincent and the Grenadines. As a result, the government and opposition reached an accord, which was aimed at ending the political protests, whereby new legislative elections were called by March 2001. A new government was elected on March 28, 2001 and for the last 20-plus years, this government has been in office. There is an undeniable power of teachers. It can fairly be argued that all efforts have been made to suppress this power and the disempowering of teachers has been increasing ever since.

My prime minister, Ralph Gonsalves is not an ignorant man and clearly understands the necessity of controlling those who are able to rise up. Henry Adams rightly states that a teacher affects eternity: she or he can never tell where his or her influence stops.  In addition to this influence, teachers — the “breadfruit trees” of St.Vincent and the Grenadines — for many years have worked giving their all as mothers, fathers, counsellors, nurses and financial providers for the students who they love.

Over the years, even with all of the lack of resources and support internally from administration, dilapidated schools and being paid some of the lowest wages in the entire region, teachers continued to teach and make a great impact in the lives of our nation’s children. Focus was on the teachers earlier but it must be noted that the act of disempowering has occurred in all areas of our public service. The state of our education, health care system and general public service is testament to this. A once vibrant public service is now left divided and those who wholeheartedly wish to serve are sidelined because they choose not to “pull strings” lest they be made “puppets on a string”. I digress.

Much more can be said but let us fast forward to the year 2021, a year of many challenges especially in the area of teaching. Soon after Term 2 of the 2020-21 school year, La Soufriere erupted and teachers were thrusted into the role of being untrained shelter workers, who worked tirelessly day in and day out for the displaced.  They were putting themselves at serious risk of catching COVID-19 which may have been easily spread under such tight, crowded shelter conditions. Moreover, some teachers were also expected to teach while performing duties at the shelters. Teachers continued to test regularly and ensured that all safety protocols were followed. There wasn’t an increase in COVID-19 cases. Subsequently, all teachers, without a break, were asked to begin teaching again and it went downhill from there.

In September 2021, my prime minister, in an interview on the VC3 Television, stated that Cabinet made the decision to add teachers on the list of persons classified as front line workers. Yes! You read correctly. This is something that has never been done before and was done “supposedly” on the advice received from medical authorities and those on the subcommittee of the National Emergency Management Organisation (NEMO).  Teachers are now frontline workers. What does this mean?  This means that under the new Public Health Amendment Act of 2021, teachers and all other professions classified as “frontline workers” are expected to get vaccinated against COVID-19. It gets better. The act further states that all frontline workers in St. Vincent and the Grenadines must be vaccinated by Nov. 19, 2021. If this is not done, a public servant has 10 days to vaccinate. After the 10 days, all unvaccinated public servants will be deemed as having abandoned their jobs even though they were present at school. To add insult to injury and in a direct statement to the teachers, my prime minister, the prime minister of St.Vincent and the Grenadines, said that teachers who have not taken the vaccine will not be compensated for their many years of service. Consequently, many dedicated veteran teachers face losing their pension and benefits, which includes an aggregate of hundreds or even thousands of years of quality teaching service. Is this what the education revolution is about?  A “vaccine” — which, for many, is no longer effective because of when it was taken — is now used as a measure of a teacher’s or public servant’s willingness to give his or her all to serve St. Vincent and the Grenadines. The choice to serve the public for many years is arguably one made out of love. This is the height of wickedness and must be rectified.

Those who do not vaccinate are not selfish.

Public servants are not a threat.

Teachers are not a threat.

Cease and desist! All efforts to divide and disempower our nation’s public servants must stop! A mandate which will inevitably mean a sharp increase in an already high unemployment rate will never equate to going back to “normalcy”.

3 replies on “Unclearing the slate”