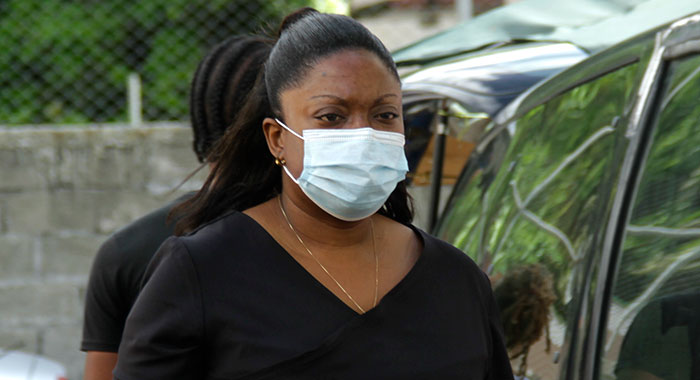 Leader of the Opposition Godwin Friday says that no one can say that shooting victim Cornelius John has received justice after the trial and acquittal of his alleged assailants.

Friday, a lawyer, is therefore, asking whether Director of Public Prosecution Sejilla McDowall will appeal the decision of Magistrate Bertie Pompey to uphold a no case submission in the case.

On Nov. 18, Pompey acquitted Karim Nelson on a charge that on April 13, at Diamond Estate, he unlawfully and maliciously wounded John and unlawfully discharged a firearm at him.

The court also upheld a no case submission made by lawyer for government senator, Ashelle Morgan, who was tried alongside Nelson, with assaulting John.

Commenting on the case for a second consecutive Monday, the opposition leader, a lawyer, noted on his weekly appearance on New Times, on NICE Radio, that Morgan and Nelson did not have to mount a defence.

“So weak was the case that the prosecution had put forward,” he said.

The matter was prosecuted by S. Stephen Brette, who is deputy director of public prosecution in St. Lucia, and was specially contracted to represent the Crown in the trial.

John was shot in the left leg at his home, at Diamond Estate, after three people went to his house uninvited.

Friday emphasised that John, and not his alleged assailants, was the victim in the matter.

“Mr. John was the victim. He was shot in his leg, he was beaten about the body, never mind that the medical records didn’t show it. He was wounded. He suffered loss. He could not work and may be permanently affected by this injury.

He asked whether the investigation into the shooting is continuing.

“Are there other persons who are involved that need to be prosecuted or is that the end of it, that Mr. John simply will have to take his wound and be grateful that it wasn’t worse?

“I mean… is that what this place has become? No one can seriously say that Cornelius John achieved justice in this matter. And if he has not achieved justice, then there ought to be effects and a campaign to ensure that he achieves justice. And the state prosecuted the case on his behalf. They have to lead in this fight or in this quest for justice for Mr. John.”

In St. Vincent and the Grenadines, the Crown can appeal if the court rules against it in a matter.

“One avenue is through appeal. I haven’t heard any statement from the commissioner of police or the DPP expressing any disappointment about the outcome and pledging to continue to seek justice for Mr. John.

“It’s their case. Is there going to be an appeal? There ought to be or at least there needs to be an investigation on the part of the commissioner of police as to why it is the case that was presented, which his officers were entitled or required to do the investigation for, that the case that was, in a sense, so weak that the accused didn’t even have to mount a defence.“

Friday asked why this happened, adding, “That needs to be investigated.

“The DPP had it right earlier on when she said this is a matter of public concern or something to that effect and, therefore, she had to make statements about it,” he said, referring to a June 24 statement that the DPP issued when charges were brought in the matter.

“Well, it still remains a matter of public concern. Statements need to be made about it at the state level and how Mr. John is going to [access] justice. What is the approach we seek to adopt with respect to Mr. John going forward? Because today, it’s Mr. John, tomorrow, it’s somebody else.”

“This is a matter for the system, not just for individuals, although the individual is the one who feels it most, that is, Mr. John, and, therefore, cries out, in this particular instance, for justice.

“But the system itself has to be defended by all of us to ensure that similar situations are not on the horizon, so that it’s not today for Cornelius John, tomorrow for somebody else.”

On Friday, the court dismissed a charged against John that, on April 13, at Diamond Estate, he used threatening language to Morgan.

The case was dismissed after the investigator told the court that the senator had told him that she had no further interest in the matter.

2 replies on “Will DPP appeal judgement in Morgan/Nelson trial?”