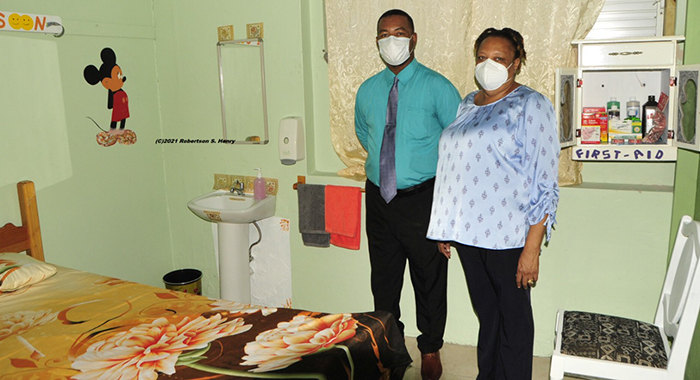 A sick bay has been commissioned at the Belair Government School, two years after the principal, Carmillie Nichols-Bascombe and the Parent-Teacher Association, headed by Joseph Bascombe, began to pursue the project.

The sick bay was set up using PTA funds and donations.

Meanwhile the PTA has awarded six teachers who have taught at the school for over a decade.
The teachers are Samantha James, Dallas Carter, Leona Thomas, Cordelia Primus, Stephanie Davis and Lakisha Patterson.

The teacher were presented with their award during a ceremony at the school this month.

The PTA president, who is also a past student of the school, said that as a police officer, he is entitled to gratuity from the government after serving  10 years in the constabulary.

Bascombe, however, noted that this does not applies to teach, adding that under his tenure as president of the PTA, teachers who have served 10 years would not leave “empty handed”.

The teachers were presented with plaques donated by National Lotteries Authority.

They also received gift baskets compliments Randy’s Supermarket in Diamond and the PTA.