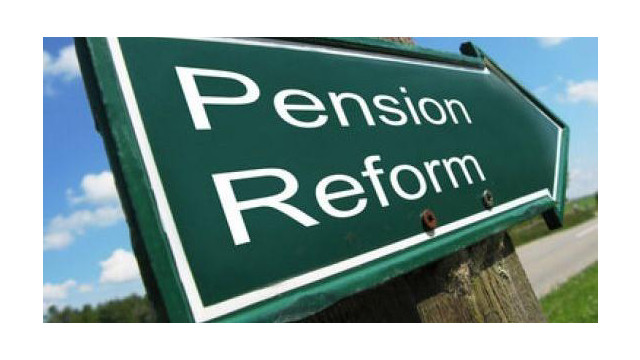 Four years after the government outlined six options for pension reform, the issue is, again, being brought on the front burner as this category of spending continues to burn a hole in the government coffers.

The government of St. Vincent and the Grenadines has estimated pension payouts in 2022 at $60.3 million.

And, Minister of Finance Camillo Gonsalves told the Estimates debate this month that these outlays are unsustainable.

He said that the government will revisit the issue of pension reform.

However, pension reform is an issue that could result in some political fallout.

Former Prime Minister Sir James Mitchell had attempted to address the issue, and his New Democratic Party (NDP) administration had passed a law stating that people who joined the civil service from 1983 would only receive an NIS pension.

However, the law was rescinded in response to the pressure that accompanied the political unrest of 2000, which led to the early elections of March 2001 that brought Ralph Gonsalves-led Unity Labour Party to office.

Both the government and public service union seem to agree that there is a need for pension reform in St. Vincent and the Grenadines.

Many public service employees in SVG get both a non-contributory pension and a pension from state-owned National Insurance Services (NIS), to which both they and the government make a contribution.

But public sector unions are expected to be vigilant as the government approaches the topic, especially since the Public Service Union said, in 2017, that the trade union movement had fallen asleep a few years earlier when the government made changes to the age at which people can begin collecting social security pensions.

Effective Jan. 1, 2014, the state-owned National Insurance Services (NIS) began parametric reforms which will see the pension age gradually increase from 60 to 65, over a 15 year period.

People who retired before December 2015 will receive their pension when they are aged 60, while those retiring from Jan. 1, 2020 onward will have to wait until they are 65.

PSU head Elroy Boucher said in 2017 that the unions fell asleep when those changes were made.

In presenting the Estimates earlier this month, Finance Minister Gonsalves said that in the EC$1.32 billion budget to be presented on Jan. 3, compensation of employees will amount to $354 million, pensions — $60.3 million, other transfers — $134.7 million, debt service — $279 million, and goods and services — $103.9 million, for a total of $931.9 million.

The budget in 2022 for wages and salaries is 2% higher than the amount estimated for the wage bill in 2021, Gonsalves told lawmakers.

The main reason for this increase is increments and the additional allowances that will go with a number of the 144 new positions to be created next year.

In 2022, the amount provided for pensions to retired civil servants, and the government’s counterpart contribution to the NIS for our civil servants currently employed is a total of $74.8 million.

“That’s $60.3 million in pensions, and $14.5 million in NIS contributions,” Gonsalves said, adding, “Pension continues to be one of the more significant items of the recurrent expenditure in 2022.”

He said that budgetary provisions for pension have grown significantly in recent times.

“And with the increase in average life expectancy, added medical expenditure by the government, and raising nominal pension is bound to increase in the future, the allocation towards pension is difficult and over the long term is fiscally unsustainable. As our system of non-contributory pension is being financed by our current revenue, we will need to ensure that adequate funds are being set aside to meet future liabilities as they accrue.

“With constricting fiscal space consequent upon COVID-19 and the volcanic eruptions, the government will place again, on the front burner, and we’ve had this conversation with our labour union partners, the reform in the defined benefit, the pension programme and all the necessary reforms to ensure that we can place pensions on a sustainable path,” Gonsalves said.

In 2018, Prime Minister Ralph Gonsalves, who was also minister of finance, presented the pension reform options as follows:

Option 1: Change the NIS pension to a maximum of 30% of Annual Insurable Earnings (AIE) for pensionable civil servants but no less than the NIS benefits accrued as of the transition date. No change to the PSPP.

Option 2: Reduce the future benefit accrual rate for the PSPP from 2 per cent to 1 per cent per year. Employees due to retire within the transition period will be grand-fathered and not affected by this change.

Option 3: Increase normal retirement age for civil servants in line with the increase for NIS.

Option 5: Close the PSPP to new entrants after the transition year.

Option 6: Change the salary amount to be used in calculating pensions to the final five-year average, in all cases.

He said these were not stand-alone options but could be further refined or expanded by combining one or more, or amending certain aspects of each option.

That same year, Leader of the Opposition, Arnhim Eustace, an economist who has since retired from politics, urged public sector unions to keep their guard up when dealing with the issue of pensions reform.

He said that the prime minister was “lamenting” the speed at which the money the government pays for pensions was increasing for the civil service pensions.

Eustace noted that Gonsalves had said in the 2018 speech that his government had paid over EC$740 million in civil service pensions.

In February 2017, while he was still finance minister and almost four years before he went back to the polls, Prime Minister Gonsalves said that he intended to address pension reform before leaving office.

“This is not a sustainable situation and I intend for us to correct this, to put all the options which are on the table and for us to move. In any event, this is one that I do not intend to leave for the next generation of leaders. This is an unfinished task, which I must address,” he said while delivering the budget address, months before handing over the finance ministry to his son.