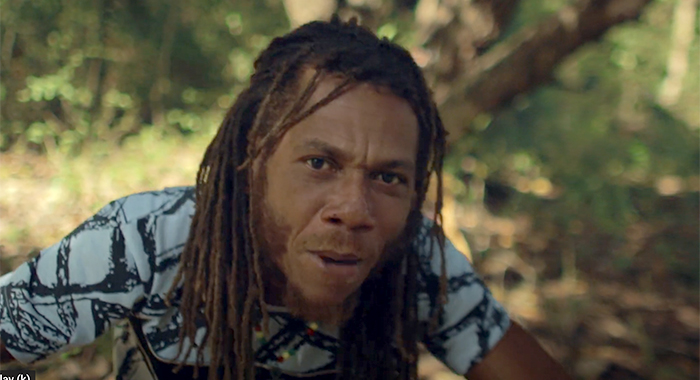 Vincentian reggea artiste Yaphato made it clear that his brother, and not he, was implicated in the killing. (Photo: YouTube screencapture)

Vincentian reggae artiste, Yaphato, renowned for his hit song “Concrete Jungle”, took to the airwaves on Tuesday to make it clear that he was not involved in the killing in Murray’s Village one day earlier.

“But wasn’t me; it was my brother. And I don’t live in the same home that the incident took place. I live a distance because of controversy that was happening with the young man who died,” the artiste said on Hot 97.

Police said, on Tuesday, that they were investigating the circumstances surrounding the death of Leon “Turtle” Lee, a 35-year-old fisherman, of Murray’s Village.

“According to reports, the deceased and Jomo Poyer, a 40-year-old body workman, were residing in the same dwelling house. On Monday, December 27, 2021, about 7:15 a.m., an altercation allegedly arose between the deceased and Poyer. The altercation resulted in the deceased receiving multiple chop and stab wounds to his body,” police said in a press statement.

They said that Poyer was in custody assisting with the investigation.

Yaphato said that he would visit his brother every morning and the house and they would smoke together.

He said that on Monday morning, he visited his brother as usual and then left to buy cigarettes.

Yaphato said that on nearing the house, he heard a neighbour saying, “‘The man dead you know.’

“And then I hear my brother voice arguing and like crying at the same time. And when I look up in the porch where I used to live, I see my brother with two cutlass. Two little rusty cutlass that can’t even like do nothing. A man wouldn’t even take that to a fight…”

He said he concluded that something had happened when he had gone to buy the cigarettes.

Yaphato said that someone accused him of killing the man, and he had to tell them that he was not involved and had just returned down the road.

He said he left the area because of the  accusations and then called his brother, who went by and told him that there was an allegation over a cupboard at the house.

Police said that a postmortem examination is expected to be carried out on the body to ascertain the exact cause of death.

Police are asking people with information that could assist with the investigation to telephone 1-784-456-1339, 1-784-4561810, or to contact  police station or police officer with whom they are comfortable.

“All information received would be treated confidentially. Investigations in the matter are ongoing.”