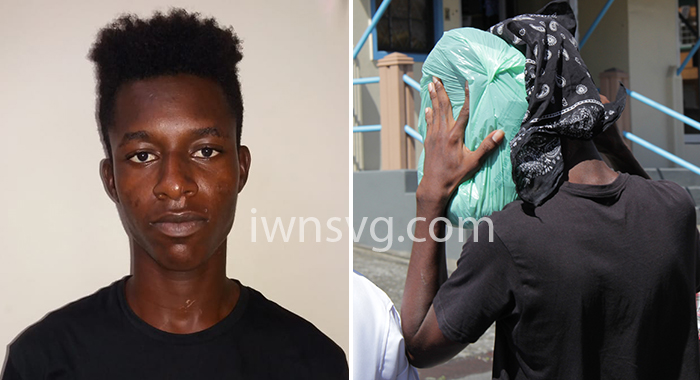 A Rose Place man who pleaded guilty to stealing EC$4,698 in goods and EC$8,900 from a liquor and provision shop in Little Tokyo, Kingstown is to be tried for burglary after the city’s magistrate vacated his plea on Monday.

Lemron Mason, 20,  pleaded guilty to a charge that between Dec. 30 and 31, 2021, at Little Tokyo, in Kingstown, he entered the liquor and provision shop of Laban Connell, of Barrouallie, as trespasser and stole a number of items valued EC$4,698 and EC$8,900 in cash.

The prosecution says that the items were removed through the roof of the building, which the burglars took off to facilitate their crime.

In presenting the facts, prosecutor Corporal of Police Corlene Samuel told the court that Connell operates a wholesale business at #35 shop at Little Tokyo.

On Dec. 30 around 6 p.m., Connell secured the shop, locked the door and windows and left everything intact and went home.

About 11:50 p.m. that night, police at the Criminal Investigation Department received a telephone call informing them of a break-in at the shop.

Detective Constable 540 Sam and other officers were dispatched and they met Mason pushing a four-wheel trolley with items on it.

There were other people there and police tried to apprehend them, but the people ran.

The police gave chase and Sam met Mason hiding in some bushes along the Reclamation Site.

The officers arrested Mason and took him back to the trolley and cautioned him.

He replied: “Me get the thing by Connell shop.”

One other person, a minor, was caught and arrested on suspicion and taken to the Central Police Station along with the trolley.
The police were also able to recover EC$8,255 of the cash.

In mitigation, the court heard that Mason is 20 years old and rents a house at Rose Place. He attended Bethel High School but dropped out at Form 3.

For the past four years, he has been selling onions and other items on the streets of Kingstown, procuring the produce from a businesswoman who imports them from Trinidad.

“So the man locked up his place close to Old Year’s and he went home and all you can do is cut out the roof and go inside and take out the man’s stuff?” Senior Magistrate Rickie Burnett asked.

Mason told the court that he did not enter the shop and it was “Jaheim” who had come and asked him for assistance.

He said that when he arrived at the scene, the roof had already been cut out and the items removed.

“Them come call me so when we go up now, the thing done already … whole roof already cut out, the boxes of stuff already out,“ Mason told the court, adding, “Come like me handled stolen goods.”

Burnett said that based on what Mason was saying, he participated in the activity but he may not be the main person.

The prosecutor told the court that Mason had given a name to the police, but they were still trying to locate that person.

“When I come everything done happen … I handle stolen goods still,” Mason said.

Burnett said that Mason was suggesting that he was not guilty of burglary but of handling stolen goods.

The prosecutor suggested that a not guilty plea be entered and the matter go to trial.

Burnett granted Mason EC$7,000 bail with one surety and ordered him to report to the Central Police Station on Fridays between 8 a.m. and 8 p.m.

His trial has been set for March 28.