Woman shot during robbery in Bequia 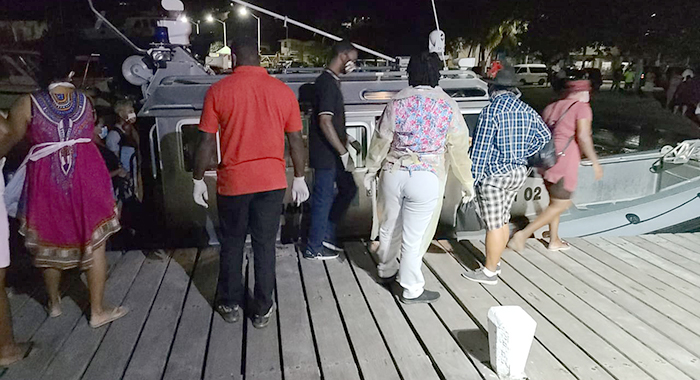 A Coast Guard vessel prepares to transport the injured woman to hospital in Kingstown.

A Bequia woman was rushed to Kingstown on board a Coast Guard vessel tonight (Thursday) after being shot during a robbery in Port Elizabeth around 7 p.m.

A resident of the island told iWitness News that the woman was shot as she was on her way to make a deposit at a bank on the island.

The robber(s) took an undisclosed sum of money from the woman and police are on hunt for the assailant(s).

One reply on “Woman shot during robbery in Bequia”