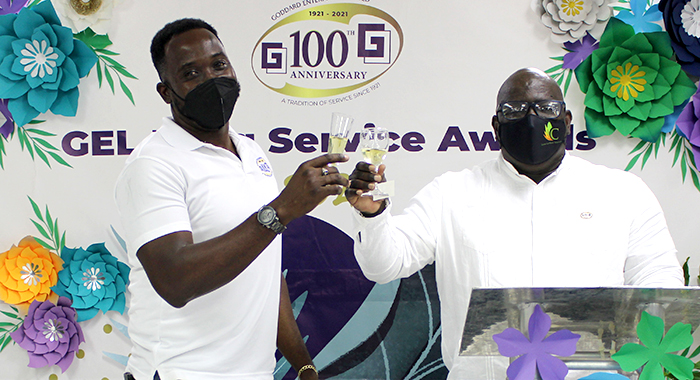 Coreas Hazells Inc, one of the longest operating businesses on island dating back to 1845, bids farewell to Managing Director, Joel Providence.

During his tenure, he served in dual roles as Managing Director of Coreas Hazells Inc. and Regional Building Supplies Manager for Goddards Enterprises Ltd. (GEL), overseeing its building supplies operations in St. Vincent and the Grenadines, Barbados, St. Lucia, and Grenada.

Providence was a key driver for the company’s ACE and Coreas Pharmacy store expansions.

“He leaves behind a legacy of service and was at the forefront of the company’s disaster response after the explosive eruption of the La Soufriere volcano in April 2021. He also spearheaded the initiative that brought COVID-19 vaccination services to the company’s premises over the past 10 months,” the company said in a press release.

He was also appointed to the board of Coreas Hazells Inc. in 2008, and currently chairs the company’s Pension Plan Board of Trustees.

Dickson has also held the position of division manager for the Pharmacy, Shipping, and Insurance departments.

As a member of the senior management team, he worked closely with Providence on numerous capital projects and company initiatives.

“He brings to the table many years of experience and leadership at the local and regional levels and has built a reputation for competence and efficiency within the organisation. We have no doubt that under his leadership Coreas Hazells Inc. will continue growing from strength to strength,” the company said.