Upgraded Little Tokyo must be a place families can enjoy — PM 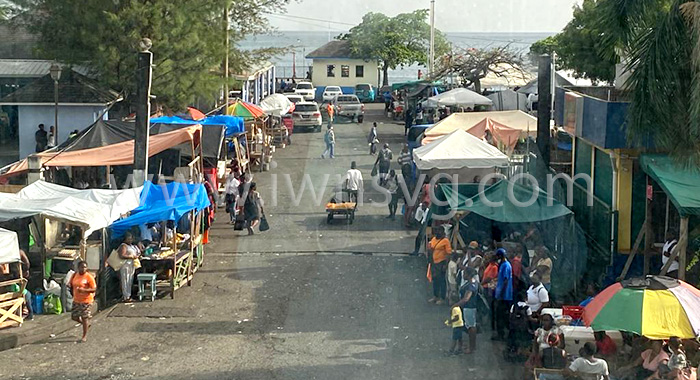 The entrance to Little Tokyo, Kingstown.

Little Tokyo, the run-down main bus terminal in Kingstown, will no longer have 30 rum shops when it is upgraded, Prime Minister Ralph Gonsalves said on radio on Wednesday.

The government will use US$5 million from a US$9 million loan from Venezuela’s ALBA Bank, to repair the terminal, which was built in 1987 as a gift from Japan.

“But one thing I could tell you, in the rebuilt Little Tokyo there wouldn’t be 30-something rum shops. I could tell you that,” Gonsalves said on his weekly appearance on state-owned radio.

“It would be a place where there’s a bus stop facility but families must be able to go there with their children and young people and be able to move about and enjoy themselves and to have the range of goods and services on offer,” the prime minister said.

“It started bad with 30 something rum shops. I know some people have their rum shop they say, ‘Comrade, well what go happen to our rum shop?’ Well, I’m telling you, you might have to do your rum shop somewhere else,” the prime minister said.

“And I know I’ll get criticised for that. But one of the things, if you notice, those who criticise keep noise but I think you are accustomed that noise don’t move me; noise doesn’t move me.

“Reason, good sense, the interest of the people of St. Vincent and the Grenadines, show me that and you will move me,” Gonsalves said.