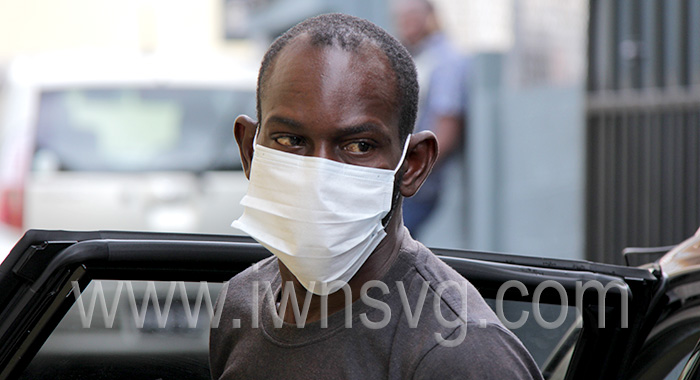 Moses Harvey was jailed for possession of an unlicensed Colt .25 pistol.

Prosecutor Station Sergeant of Police Renrick Cato, on Thursday, noted that a .25 pistol is a firearm, according to law, and successfully argued that a man found in possession of such an unlicensed weapon should be jailed.

Defence Counsel Grant Connell, had reasoned that the unlicensed pistol was merely .3 larger than the .22 pellets used in some “bird guns” (air rifles), for which a licence is not required.

“Although it is a .25 the offence is still a firearm,” the prosecutor retorted at the Serious Offences Court.

“The court cannot slight that. Fortunately for him, there was no ammunition found, but still the court cannot set that precedent where a defendant claims to find a firearm, keeps it in his possession, takes it to another house and expects a slap on the wrist,” he said.

He told the court that he did not agree with Connell that a fine should be imprisoned and argued that the defendant should be sent to prison.

The prosecutor and defence lawyer presented the argument to Chief Magistrate Rechanne Browne during the sentencing of Moses Harvey, of Union Island, on a charge that  on June 8, at Rockies, he had in his possession one Colt .25 automatic pistol, serial number 0D14308, without a licence issued under the Firearms Act.

Harvey was charged along with Hajj King and Nadika James, of Queens Drive and Rockies, both of whom pleaded not guilty.

The prosecution withdrew the charge against King and James, who were represented by Counsel Ronald “Ronnie” Marks.

The facts of the case, presented by prosecutor Corporal 817 Stapleton, are that on June 8, about 12:23 a.m., detective Corporal 831 Andrews, attached to the Criminal Investigation Department, in Kingstown, went to James’ home in Rockies to execute a search warrant in connection with a matter in which she was a suspect.

On arrival at that home, King came to the door and Andrews identified herself and the party of police officers and requested to speak to James.

James came to the door and Andrews informed her of the report she was investigating.

Andrew read and showed the search warrant to James who then invited them into the house.

The officers searched the house and met Harvey lying on a bed in one of the bedrooms.
They found the firearm among clothes in a built-in wooden clothes cupboard in the bedroom.

The magazine of the firearm contained no ammunition.

Station Sergeant of Police Julian Cain examined the firearm and found it to be a functional .25 Colt automatic pistol and checks at the Firearms Registry and Training Office showed that Harvey did not hold a firearm permit.

Harvey had no antecedents.

In mitigation, Connell told the court that Harvey has a 13-year-old daughter who he maintains.

He said that the defendant was extremely remorseful for his action and assisted the police by not blaming anyone for the firearm.

The lawyer said Harvey had found the firearm and picked it up and carried it home.

He said that aggravating was the fact that Harvey had concealed the weapon, adding that he had done so in the interest of all — putting it away from the public and not brandishing it.

“The firearm is relatively small, .3 over a bird gun. Bird guns, which are legal, carry .22 bullets,” Connell said.

After weighing the facts of the case against the sentencing guidelines, Connell suggested a fine of EC$4,000 and some time for his client to pay it, adding that Harvey fishes and construction.

But Cato said he did not accept that Harvey had found the firearm, adding that even if that were the case, he was to take it to the nearest police station.

The prosecutor said there was a statement on file in which Harvey had told the investigator that the firearm had been elsewhere.

Cato said that he had congratulated the public because for some time there had not been any firearm offences before the court.

“… but over the last two weeks, they’ve started to come again,” he said.

The chief magistrate jailed Harvey for 20 months and ordered that the firearm be confiscated.