Vending will not be allowed outside Massy, at old airport runway — PM 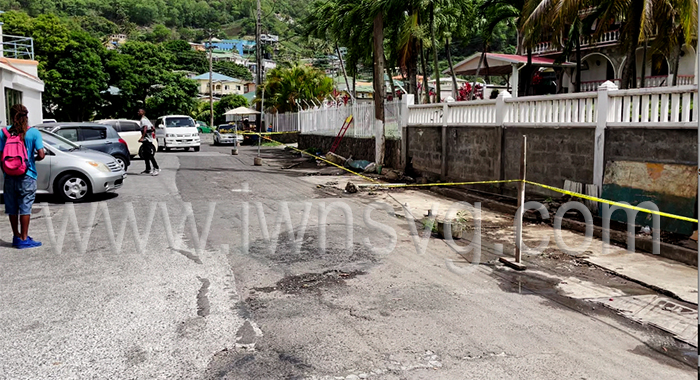 Prime Minister Ralph Gonsalves says his government will not allow people to vend from vehicles near Massy Supermarket in Arnos Vale, where town planners destroyed vending stalls earlier this month.

He said there had been “a health hazard and there was a security problem” in the area, resulting in the removal of the vendors that should have been addressed sooner.

“I don’t know whether health and security problems are of such urgency that we have to tarry. The problem with the authorities is that they should have acted earlier,” Gonsalves said.

He said it had been brought to his attention that some people had suggested building something for vendor on the northern end of the runway at the decommissioned E.T. Joshua Airport.

“I wonder if those people who write that are living in this world in which I am living.”

The prime said that in the 2015 and 2020 general elections, his government said that the World Bank had identified that spot as the top location for the proposed acute referral hospital.

Gonsalves said the government has spoken about that hospital project being the anchor of the proposed modern city at the former aerodrome.

“And still people heard all that and the people vote for me to do that,” he said.

Responding to his critics, Gonsalves said:

“They want me to go and build some plywood thing up their for people to go and sell … It’s the same unserious manner in which [West Kingstown MP Daniel] Cummings is suggesting that we can build a modern port and have fishermen jam up next to it.”