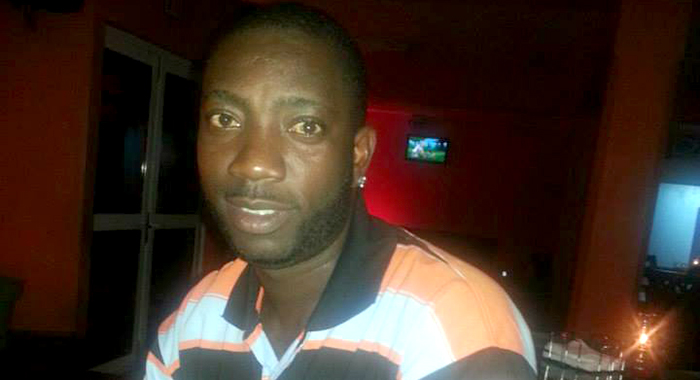 A minibus operator says that the government has the power to address all the issues that the public complains about regarding omnibuses in St. Vincent and the Grenadines, but refuses to do so because the situation generates revenue for the Treasury.

Further, Abdul Woodley told iWitness News that the situation in North Leeward shows the inconsistency in the government’s approach to bus fares.

Woodley questioned the rules under which Toyota Noah-type minivans operate in North Leeward, charging passengers $10 each, rather than the $6 approved by the Transport Board.

“Right now, you hardly have any vans working in North Leeward because a lot of guys — some of them are police officers — buy a lot of the small Noah vans and they are taking $10 a head from passengers to go to North Leeward and they (passengers) are paying it without any hesitation,” he told iWitness News on Tuesday.

He said that because these vans carry up to eight passengers, they are not considered to be omnibuses.

At the same time, while they are registered as for-hire vehicles, they do not operate from the taxi stand, but from the Leeward Bus terminal.

“When you register, I think a minibus actually starts from either nine or 10 passengers and those taxis are seven-seaters. So, they are not ‘minibuses’ and they are not ‘taxis’ per se, because they are not on the taxi stand…

Woodley told iWitness News that the majority of the time, these minivans park in the bus terminal, and when police officers are around, other vans have to exit and re-enter the terminal until they find a parking space.

“So a lot of stuff minibus operators are actually meeting. I know the public does not know a lot of things. They are only seeing when it comes to us asking for an increase to argue about that and so on. But it has a lot of stuff surrounding minibus and the operation of minibus that the travelling public and so on does not know about; a lot, a lot of issues”

Woodley, a long standing activist on behalf of omnibus operators, said that the previous association had proposed to the authorities that minibuses in North Leeward be licensed to carry fewer passengers and charge a higher fare.

He said he was in a meeting some years ago with then Commissioners of Police Michael Charles, head of the Traffic Branch, Superintendent of Police Kenneth John, and then Transport Minister, Senator Julian Francis.

He said he told the meeting that the authorities have the power to change the public transportation sector.

“They are the ones who have everything in their hands. All the recklessness that is going on, the dog-eat-dog [attitude], load music everything, the authorities have it in their hands that they could eliminate but what is going on with minibuses right now, they have it as a money-making thing,” Woodley told iWitness News.

He said the meeting rejected a suggestion that each omnibus owner be required to register with the Transport Board and minibus association.

Woodley said that most omnibus drivers and conductors are not owners.

“So, sometimes as long as the owner says he wants a certain amount of money at the end of the day and he could see that, he ain’t know what the driver and conductor do for the day, how many tickets they got.”

Woodley told iWitness News he proposed a system in which members of the public can complain about the conduct of omnibuses and the owners of those omnibuses be made to account.

“You could say no music in a bus. You can decide that we are going to pass a law where you know a colour code for certain areas. But they prefer to have it as reckless as it is right now because it is making money from it.

“They catch you playing loud music, they’re ticketing you, they catch you overloading, they ticket you and one of the largest income revenue right now I know it is traffic offence, traffic cases,” he said, referring to the fines that the courts impose.

“So the authorities have everything in their hands to make a difference in the way the public transportation service is operating but they chose not to, to turn a blind eye to it. And I would really like to see them step up and really do something to make a change.”

Woodley told iWitness News that some people say that omnibus operators are divided.

“Even though they come together and they get ain’t get the permission from the authorities to do certain things, it can’t happen still. They (the authorities) are the ones who have to put rules and regulations in place.

“Just like how they have regulation in terms of how many passengers you could carry, the capacity and so on, they’re the ones who have everything in their hands and they are the ones who could regulate, they are the ones who can say, ‘Watch, when you come to inspect, if your vehicle is not in good condition, if it is not without music, you cannot operate,” Woodley told iWitness News.