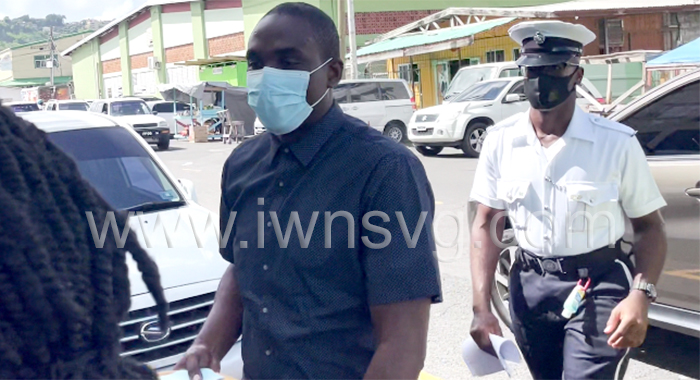 Jason Providence arrive at the Family Court for his arraignment on Thursday, June 23, 2022.

The prophet who was charged with indecent assault has been granted EC$5,000 bail with one surety.

Jason Providence, 37, a pastor of Old Montrose/Lowmans Hill, appeared before the Family Court today (Thursday), charged that on Jan. 18, at Old Montrose, he assaulted a woman from another West Kingstown community.

Providence, who was represented by counsel Kay Bacchus-Baptiste, pleaded not guilty to the charge.

He was ordered to surrender his travel documents and seek the permission of the court to leave the country.

The matter was adjourned to Oct. 3.