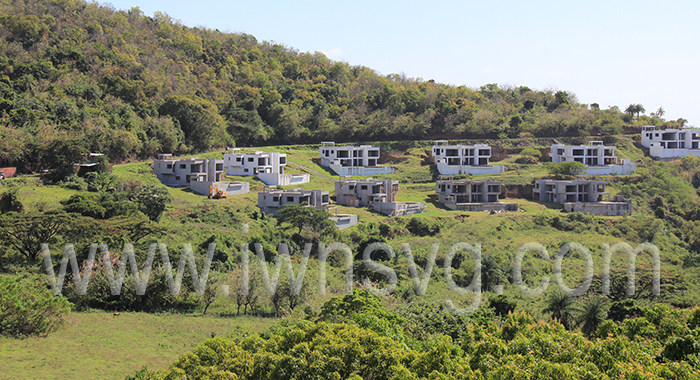 Prime Minister Ralph Gonsalves has noted that the lands on which Black Sands Resort is being built at Peters Hope were acquired under certain conditions.

He made the point on radio this week as a report in yahoo!finance indicated that Star8 Corp, a Florida-based company, has announced that it has signed a letter of intent to acquire Pace Developments St. Vincent Inc., which is building the resort.

Black Sand Resort is yet to be completed almost three years after the targeted completion date and five years after the ground breaking ceremony for what was billed as a US$60 million investment.

“Construction has already begun on the luxury Black Sands Hotel, which will eventually house 450 rooms, on the 45 acres of land at this site…

“Phase one of the project is expected to open within 12 to 14 months, and an additional 200 rooms for phase two will be completed within 24 to 36 months,” the press statement said.

But Gonsalves, commenting on the acquisition report, said:

“I don’t know the details so I await information on the details. What I know is that there is a company which has an alien land holding licence with conditions attached to that licence. That’s what I know.

“You can always have one company taking over another, but the operational company may well be the same company which has the alien landholding licence.”

The government has said that it has sold 36 acres of land on the former agricultural estate to PACE for EC$7 million for the construction of the resort.

Gonsalves had previously noted that as a condition of the sale, the company could forfeit the land if the resort was not constructed within a specified time period.

On the side-lines of the ground-breaking ceremony in February 2017, Joseph Romano, chief executive officer of Pace Developments St. Vincent Inc., told iWitness News that his company had, in hand, half of the $60 million that the construction of the project was expected to cost.

“There is no mortgage on the property. Cash was paid and we have a large chunk to start the service,” he said.

The resort has seen long periods in which no construction work was done, and the prime minister said this week that the investors had told him that the work would resume after Carnival, which ended on July 5.

The prime minister said that PACE had presented “a plan”, aspects of which he was not pleased with “in terms of the pace and I had made that known.

“So that’s as far as I know. If you stick to the fundamentals, you can’t go wrong. But it is not the first time you may have a company and you have somebody — I don’t know who is the owner of this alleged new company. It might be the same people and it might be a corporate restructuring they’re doing. I don’t know,” Gonsalves said.

Later in the programme, he said that his security had just shown him a text message from Romano, saying, “Please let the prime minister know that the project at Peter’s Hope restarted yesterday.”

The press release quoted Romano as saying that Black Sands Resort “will feature a 5-star luxury hotel, with condos, a casino, a medical spa and its own private marina…

“The finished product is going to be a resort that truly embodies all elements of relaxation and luxury living.”