I hope I see him in heaven — PM 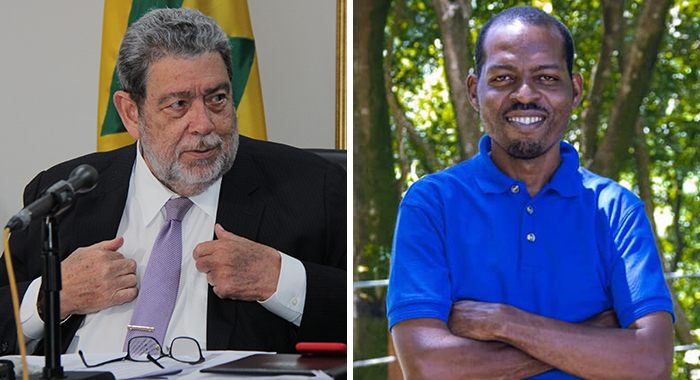 Prime Minister Ralph Gonsalves has responded to an educator who lost his job as a result of the COVID-19 vaccine mandate and recently wrote a commentary calling on Gonsalves to repeal the law and repent for its passage.

“And I see a fellow who was a teacher and who decided his religious conscience does not allow him to take the vaccine. That’s fair enough, that’s your view. But how do you move from that to curse real stink, Nigel Scott, the Director of the Community College and then extend recently to me now, very unreasonably. I wicked, the most wicked man. I’m ungodly,” Gonsalves said.

He did not mention the letter write by name, but all indication is that it is Shefflorn Ballantyne, a former lecturer at the St. Vincent and the Grenadines Community College.

“Apparently, he is now God.  I hope when I go heaven I see him. I mean this kind of a rage with absence of rationality,” the prime minister said last week on Star FM, his party’s radio station.

“I mean, actually the recent one, I was defamed but the piece was so outrageous, I’m so happy that people published it because the rantings were just so extraordinary. But at the end of it, you’re left to see if this is a mind which can teach? That’s, what you’re left with, you know, a question. I don’t know the answer to that because I don’t hire.”

Gonsalves was speaking after the Teachers’ Unions said on July 10 that it would take “radical action” if the government does not reinstate, within two weeks, the teachers who lost their jobs last December as a result of the mandate.

“As a teacher myself, completely flabbergasted,” said Gonsalves, a former university lecturer. “Let’s have a reasonable and sensible conversation.”

He said that Minister of Education Curtis King had told him that as the period for staffing school nears, several of the teachers who did not take the vaccine have done so in anticipation that they will approach the ministry for reemployment.

“And I’m very pleased about that. And I don’t want anybody who had intended to take the vaccine, say, for instance, a teacher or nurse say, well, I am taking it because I may get my job without taking the vaccine. I’m not telling you that will happen.”

Gonsalves had said that his government might consider rehiring teacher who did not take a COVID-19 vaccine, but later said that he did not say that they would return to the job without taking the jab.

“I’m just saying that these are considerations upon which the chief medical officer will advise…” he said, adding that the government is satisfied that the mandate was put in place “completely legally and completely in protection of the health and safety of the students of patients of other individuals in the epidemiological situation in which we acted”.

He said that if the condition changes, “there may be different considerations and there may be other conditions other than the vaccine as a requirement for reemployment”.

The prime minister, however, said he could not say as yet what those conditions might be  “because we have not received the advice and there has not been the full evidential base as yet for the CMO to advise us or the medical authorities, the health authorities”.

He noted that the Teachers’ Union and the Public Service Union joined with their members and sued the government over the mandate.

“In a preliminary hearing, the judge struck out the unions, both the teachers and the public service union, saying they are not proper parties to the action,” Gonsalves said.

“…  the matter is still subsisting with individuals who have alleged that they have been affected by what they consider to be an unconstitutional act on the part of the government. But that is yet to be determined. We are satisfied that we acted fully properly unconstitutionally.

“But that doesn’t mean that I asked for us to have a conversation as a civilised people that as soon as fellas open their mouth, they’re setting themselves up as God, that Ralph is ungodly and wicked and that I must repent. That is what it says. That I have committed, apparently, a mortal sin. My soul is in danger; I’m going straight to hell. Scott was bound for hell,” the prime minister said.

“Apparently, anybody who has a different position than some people, they determine who goes to heaven and who goes to hell. What a thing, eh. Well, the next time I want to find out what is going to happen, if these fellas are the gatekeepers, I must find out from them.

“This kind of dangerous self righteousness. It’s absolutely amazing. I see the words thrown around, ‘Ralph is taking a globalist position.’ A globalist position? I taking a position in relation to science and the health and welfare of people

“The lack of understanding of the fundamental issues by a number of people who are supposed to know better, I just shake my head. But the overwhelming majority of people in this country know that I would act wisely as always, within the framework of the law. And very importantly, apply my heart to wisdom.”