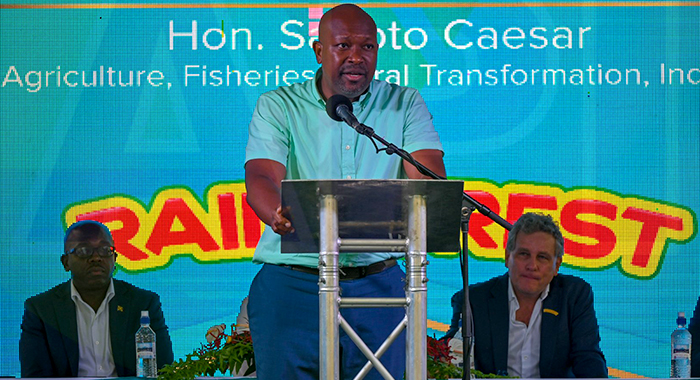 More than 20 years after St. Vincent and the Grenadines was banned from exporting seafood to the European Union, Minister of Fisheries, Saboto Caesar is promising that the situation will be resolved soon.

He told the opening of Rainforest Seafoods’ processing plant in Calliaqua, on Friday, that “quite recently”, St. Vincent and the Grenadines received technical support “so that we can be up to date with our Port State Measures regulations”.

Its objective is to prevent, deter and eliminate IUU fishing by preventing vessels engaged in IUU fishing from using ports and landing their catches.

In this way, the PSMA reduces the incentive of such vessels to continue to operate while it also blocks fishery products derived from IUU fishing from reaching national and international markets.

Rainforest Seafood, which is headquartered in Jamaica, says that its two processing plants in that country have Hazard Analysis Critical Control Point (HACCP), US Food and Drug Administration and European Union certification.

“We have hired international legal advisors, and very soon we are going to see the removal of the red card so we can export again to the European Union.”

He said that EU certification of the SVG fisheries is one of the critical hurdles “for us and country certification is actively a work in progress at the government level.

“This will open up another world of possibilities and lucrative untapped markets that we currently shop to from other plants in the Caribbean. So that is just one more opportunity for growth we see out of this facility,” Jardim said.

Former prime minister, the late Sir James Mitchell, had said that shortly after Ralph Gonsalves was elected prime minister in 2001, he had raised with the new leader the issue of the ban on Vincentian seafood entering the European Union.

The issue is once again being raised in Parliament, with Opposition Leader, Godwin Friday tabling a question for the July 25 meeting of the national assembly.

According to the order paper, Friday is expected to ask Caesar:

“Over two decades ago, SVG exporters were banned from exporting seafood to EU markets, principally in Martinique, pending certain improvements in the handling of the seafood catch in our facilities. The Government of SVG initiated steps to improve the fish handling conditions in our facilities. Yet, SVG fish exporters are still not able to export to EU Markets. Will the minister please say: