No presentation on SVG at major regional tourism conference 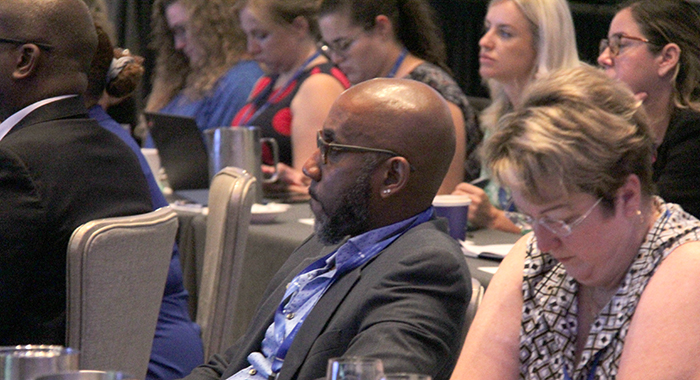 Minister of Tourism, Carlos James says he is willing to have “a very frank discussion” about the fact that St. Vincent and the Grenadines (SVG) did not market itself during last week’s regional tourism conference in the Cayman Islands.

When contacted on Wednesday about the absence of a presentation by SVG, James told iWitness News that he was out of state but would be willing to comment on his return.

“I could probably have a chat with you about that,” the tourism minister told iWitness News. “I wouldn’t want to discuss that right now at this moment. We can have a very frank discussion about it, as a matter of fact.”

SVG was among members of the Caribbean Tourism Organization (CTO) that did not make a presentation during the “Destination Media Briefings” that formed part of the CTO Business Meetings and Caribbean Aviation Day, held in George Town, from Sept. 12 to 15.

It was the first time that the events were being held face-to-face since the onset of the COVID-19 pandemic in 2020.

There was no presentation by SVG although Glen Beache, chief executive officer of the SVG Tourism Authority, was at the venue during the days when the briefings took place.

The briefings were conducted by ministers of tourism, tourism secretaries, or executives of the destinations’ tourism marketing agencies.

In some instances, was the case of Barbados, the presentation was made by its minister of tourism, but its panel included the permanent secretary in the ministry, the chairman, as well as the chief executive of Barbados Marketing Inc., the country’s “premier destination management entity”.

The “Destination Media Briefings” were opportunities for Caribbean destinations to market themselves to regional and international media, many of which are focused on travel and tourism.

At the event, some multi-island destinations had briefings focused on particular islands, as was the case for St. Kitts and Nevis, while there was a presentation on Tobago but none for Trinidad.

What is more, there was no briefing for SVG, even as Jamaica, whose delegation, because of “logistical reasons”, arrived a day after the briefings were held, was accommodated in making a full-length presentation to the media.

iWitness News was reliably informed that SVG, like all CTO member destinations, were invited to brief the media on developments in its tourism sector.

During the briefings, the destinations updated the media on the performance of their travel and tourism sector, including visitor arrival figures — especially since the resumption of travel since the pandemic — as well as projections for the future.

The briefings also reported on new hotel developments and festivals and gave the media an opportunity to question the representatives on their destination’s stance on a wide range of issues, such as cruise tourism and their preferred hotel size.

However, there was no presentation from SVG despite the government’s boast, locally, about investments in the tourism sector, including the state-owned Holiday Inn and private sector investments such as Sandals’ Beaches Resort, which are expected to open over the next two years.

Further, SVG did not showcase itself despite the announcement by American Airlines that it will commence daily flights to St. Vincent from Miami next year and the return of Air Canada to the destination.

Like most delegates, Beache arrived in Cayman Island on Sunday, Sept. 11, and was at the conference up to the final day, when Vincentian Marika Baptiste, placed second in the CTO’s Regional Tourism Youth Congress, held as part of the events.