‘… their level of preparation, despite the valiant effort of these students, the teachers, parents and guardians and other supporters, would have suffered greatly…’ 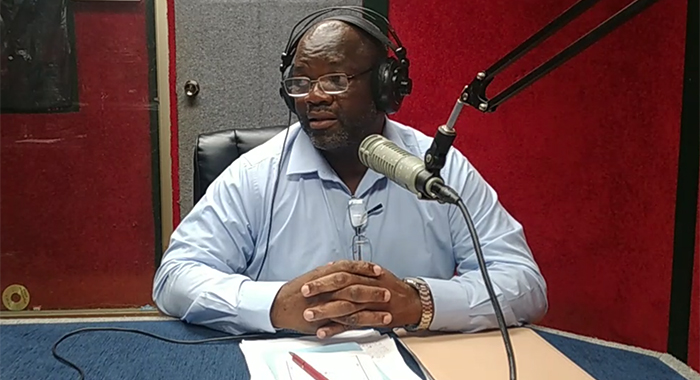 Students from St. Vincent and the Grenadines were not adequately prepared for the Caribbean Secondary Education Certificate (CSEC) examinations because of the disruptions of the COVID-19 pandemic and the April 2021 eruption of La Soufriere volcano.

Minister of Primary and Secondary Education, Curtis King, further said that his ministry is conducting a “detailed analysis” of the results of the examination, which showed a 16.93 percentage point decline in student performance compared to 2021.

The pass rate was a 7.78 percentage point slide compared to 2019, the ministry’s preferred reference year.

“… we have always said that there are gaps in the education system that we have to deal with,” King said on radio last week as he analysed the “high stake” examinations that students take at the end of their primary, secondary, and advanced level education.

He said the Caribbean Primary Exit Assessment (CPEA) results showed a “less-than-significant decline”, moving from 84 to 83%.

“On the other hand, the CSEC, …  there was a more significant decline when we compare it with 2019,” King said on Thursday on his party’s radio station.

He noted that before the results were released, he was “at pains to explain” why they should be compared to 2019, rather than 2021.

The minister, a retired educator, pointed out that 2019 was the last time that students from SVG wrote two papers for CSEC.

He said that for CAPE a year-on-year comparison was in order “because they were basically doing the same paper, … the format was similar.”

Regarding CSEC, he said:

“And as we said, generally, that, yes, COVID-19 pandemic, the volcanic eruption, the disruption in some cases, where some students lost some of their teachers, and other factors would have impacted on all the students, obviously.

“However, it would appear that the more significant impact on the student’s performance had more to do with their level of preparation, more than anything else. And I say this because clearly, where the students were — in the case of the CSEC students — writing the two papers, which was not done for the previous two years, it required those students to be well prepared, in order to match, if you like, the performance is of their predecessor of 2019.”

Some 212 teachers lost their jobs over the government’s COVID-19 vaccine mandate and the Teachers’ Union has said that many of these were experienced teachers who would have been instrumental in helping student to prepare their school-based assessments.

In explaining the impact of the pandemic and volcanic eruption on students, King noted that the students who wrote CSEC — a two-year programme — in 2022, lost the third term of their Form 3 year.

“And these students were the ones, if you like, who were now really engaged in online teaching-learning. Then came the volcano [in April 2021]. And they could not return to school for the third term. You see how significant that is.”

The minister said that while CSEC is a two-year syllabus, most of the work is done in the first year, when the students are in Form 4.

“And that first year, the Form 4 year is when you do most of the work, is when you really get the foundation. The students didn’t get that. And come back, as I’m saying, even when we started the 2021-2022 school year, they didn’t get a regular 39 weeks either because again, it was starting late.”

The minister said that given the amount of time for face-to-face instruction that was lost, given the weaknesses of online mode of instruction, and given the fact that students were impacted from Form 3, “their level of preparation, despite the valiant effort of these students, the teachers, parents and guardians and other supporters, would have suffered greatly …”

He said this is why he had said that he was awaiting the CSEC result with great anticipation “because I know there would have been a decline. But I wanted to see the extent of the decline, given that I know, despite the challenges, many of our students were going to put those challenges behind, or overcome those challenges, and give of their best effort.”

He said that despite the decline in the past rate compared to 2019, “we still have to commend our students for the performances, because there are some excellent performances”.

He said that students’ performances ranged “from excellent to commendable” and while he congratulated the successful students, to those who are “not so successful, … I’ll say, basically all is not lost”.

The minister said that some schools have accepted students back into Form 5 so that they can re-sit the exams.

“… Wherever that opportunity exists, I’ve encouraged those students to return,” King said, noting that there are also a number of private classes.

“… but where the Department of Adult and Continuing Education is concerned, in the Ministry of Education, there’s a range of options that are available to students.

“And I encourage students who did not get back to — for one reason or the other — to the secondary school to explore those range of options so that they could continue their education and training.”