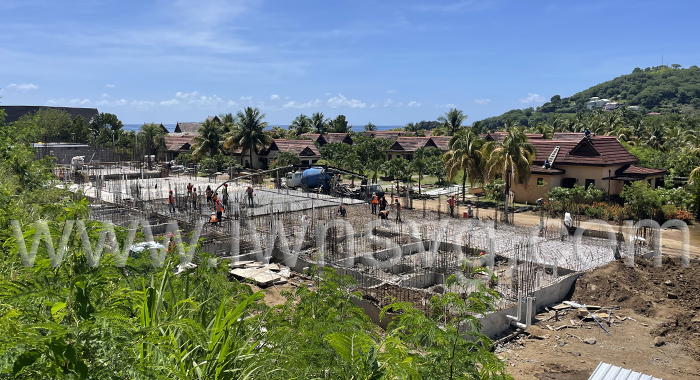 The workers from the Dominican Republic employed on the construction of the Sandals Beaches resort at Buccament Bay are “specialists” in concrete works, Prime Minister Ralph Gonsalves says.

There have been complaints that the workers are performing menial construction tasks, with some of them functioning as labourers.

The prime minister was asked at a press conference on Tuesday what categories of workers from the Dominican Republic were employed on the project and why it was necessary to hire them.

“You have for the same reason that Vincentians work in other places — contractors need particular skilled persons,” said Gonsalves, who also has ministerial responsibilities for granting work permits.

“So, they are specialists persons in those categories whom they have brought in and for whom we have given work permits.”

Gonsalves noted that Vincentians are also employed on the project.

“In fact, there are more Vincentian workers down there than you have Dom Rep workers.”

He said there are several small Vincentian contractors working on the project.

“And they have one or two bigger ones dealing with concrete. And I know that they’re working with a particular contractor now to do the villa,” Gonsalves said.

“One of the things which you have to be mindful about, there’re some contractors, local contractors who do good work once they get off the ground. But when you’re working for an entity, like Sandals, an international entity, you have to move with expedition.

“Otherwise, you are going to lose out. And this is why they’re going to a number of smaller contractors to get workers, but put them under supervision of other persons, other entities. So, there are skill sets. I’ve been advised that for the work they’re doing, they required these persons to do it.”