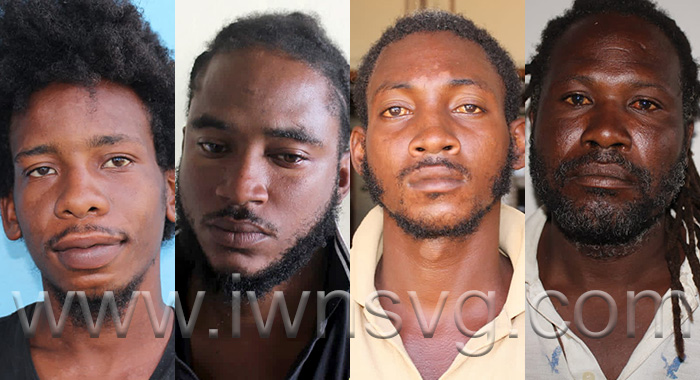 Police in St. Vincent and the Grenadines say they have seized 330 grammes of cocaine and 69 rounds of prohibited ammunition on board a vessel within the nation’s territorial waters.

Police issued a press statement on Tuesday, citing reports as saying that on Friday, Oct. 14, at about 4:30 p.m., the SVG Coast Guard Service intercepted a 29-foot pirogue west of Canouan, with four nationals of Trinidad and Tobago onboard.

The men were arrested on suspicion and taken to the Coast Guard Base in Calliaqua along with the vessel where a comprehensive search was conducted on the vessel by Coast Guard and narcotics officers.

As a consequence, the men were jointly charged with the following offences:

1. Possession of a controlled drug with intent to supply it to another;

2. Possession of a controlled drug for the purpose of drug trafficking;

3. Attempting to import a controlled drug within the territorial waters of St. Vincent and the Grenadines;

4. Possession of 69 rounds of prohibited ammunition without the authorisation of the minister;

5. Possession of ammunition without a license issued under the Firearms Act.

The defendants appeared at the Serious Offences Court on Monday to answer the charges. Dion Harry pleaded guilty to all charges while the remainder pleaded not guilty. They were all remanded into custody at His Majesty’s Prison pending a review.

One reply on “SVG Coast Guard intercepts Trinidadian vessel with cocaine, ammo onboard”