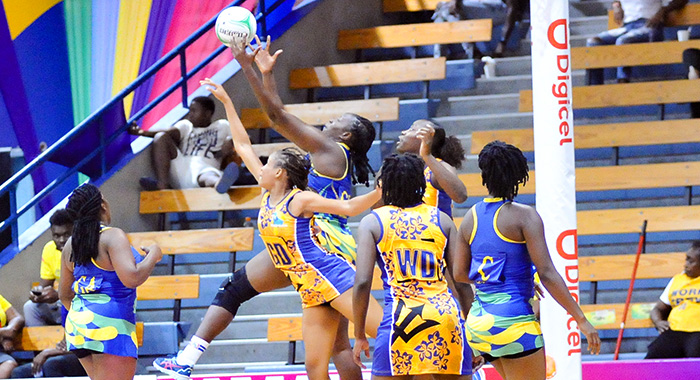 St. Vincent and the Grenadines lost their crucial fourth round Netball World Cup qualifying match against Barbados 57 – 36 on Wednesday in Jamaica.

This loss has put in jeopardy the Vincentians’ chances of qualification for the 2023 Netball World Cup in South Africa.

Adding to the Vincentian problems is that two players are scheduled to have MRI scans done for knee injuries, while others carry injuries of one kind or another.

Today (Thursday), SVG is scheduled to play Antigua and Barbuda at 7:25 p.m., on Friday they will play the Cayman Islands at 9:25 p.m., and their final match is against Grenada on Saturday at 4:15 p.m.

SVG have won their games against St. Lucia and the United States and lost a non-qualifying match against Jamaica.

SVG is seeking to grab one of two available spots for the world championship in South Africa next year.